Muslim woman new in town got a flat tire - and a note, 'Go home terrorist' 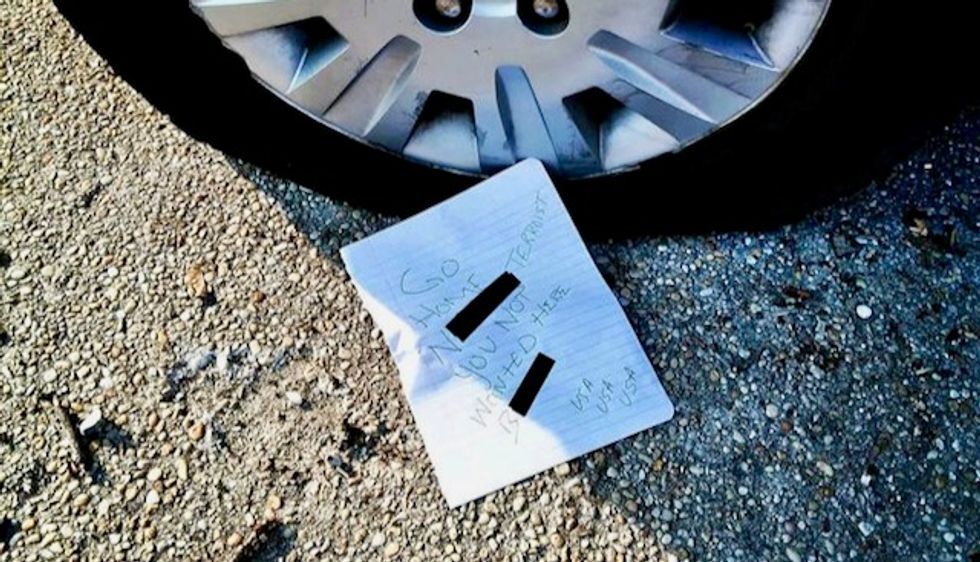 Kenya Robinson said she already felt like an outsider when she moved to Mount Holly recently, from Penns Grove in Salem County where she knew everyone. ... from New Jersey." Robinson said that although the note included the n-word, she believes she was targeted mostly because she wears a hijab and other clothing that makes it obvious that she is Muslim. She ...