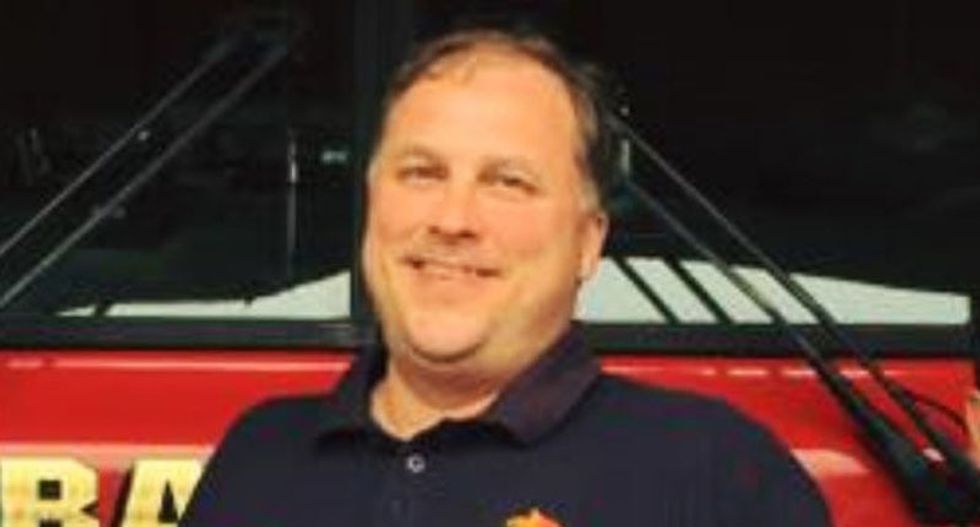 Keith J. Castaldo (pictured here) is being accused of posting disparaging, racially-charged photos on his Facebook page. He has since deleted his page, and he claimed that his page had been hacked. -- NJ .com

A Bayonne firefighter has been suspended with pay after racially charged pictures were found on his personal Facebook page. Keith J. Castaldo, a firefighter who has been with the department for more than 25 years, told The Jersey Journal on Friday that his page was hacked.

Listen: GOP candidate for Congress says Garland should ‘probably’ be ‘executed’ – later claims he was just being ‘facetious’

New York Republican Carl Paladino, running for a U.S. House seat, said Attorney General Merrick Garland should probably be "executed" in a radio interview this past weekend, and later when pressed backtracked, claiming he was just being "facetious," as The Buffalo News first reported.

"So we have a couple of unelected people who are running our government with an administration of people like Garland," Paladino said in an attack on President Joe Biden in a Saturday interview with the far-right wing Breitbart media site.

Trump Organization Chief Financial Officer Allen Weisselberg was warned by a judge on Thursday that he could face years in prison if he fails to cooperate and testify truthfully against his employer.

Weisselberg admitted guilt in a plea deal that would see him sentenced to six months in jail, although he is only expected to serve three months.

Liz Cheney is gone, at least from Congress. Her bid for re-election was thwarted in Wyoming by a Republican candidate whose lips are permanently sewn onto Donald Trump's backside — making her part of an all-too-real human centipede.

But it remains to be seen whether striking down Cheney destroys her, or makes her more powerful than we can imagine.