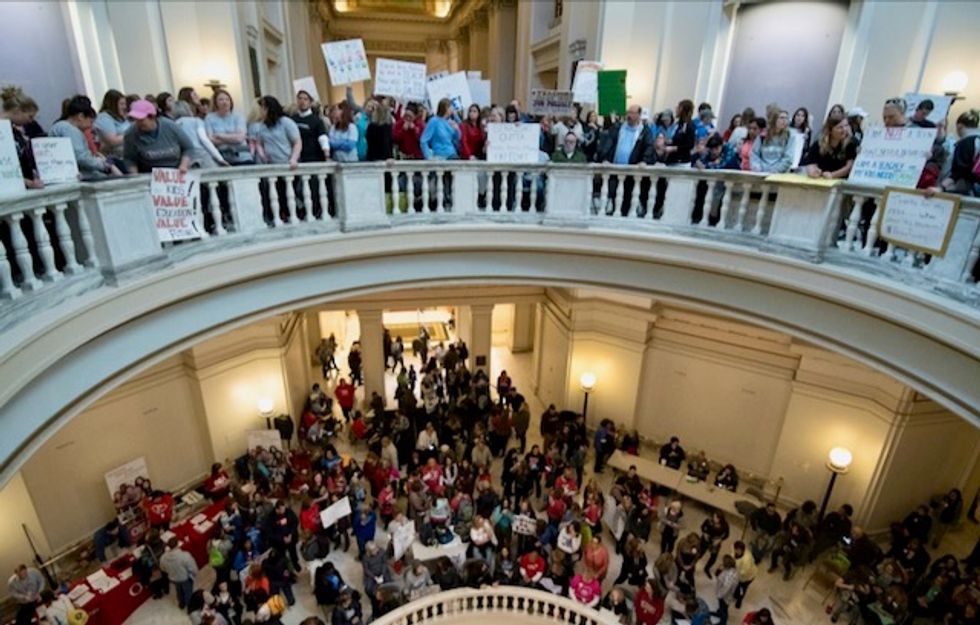 The largest union for Oklahoma teachers on Thursday called off its nearly two-week walkout that shut public schools statewide, saying it had secured historic gains in education funding after school budgets were devastated by a decade of cuts.

The move came after the Republican-dominated legislature passed its first major tax hikes in a quarter century that raised about $450 million in revenue for education. Republican leaders said they had no plans to go as high as the $600 million being sought by educators.

“We absolutely have a victory for teachers,” Alicia Priest, president of the Oklahoma Education Association, told a news conference.

“Our members are saying they want to go back to the classroom,” said Priest, whose union has about 40,000 members.

Some major districts have said they will resume classes on Monday.

The strike was part of a wave of actions by teachers in states that have some of the lowest per-student spending in the country. A West Virginia strike ended last month with a pay raise for teachers, and educators in Arizona protested before classes on Wednesday, without skipping work, to seek enhanced education funding.