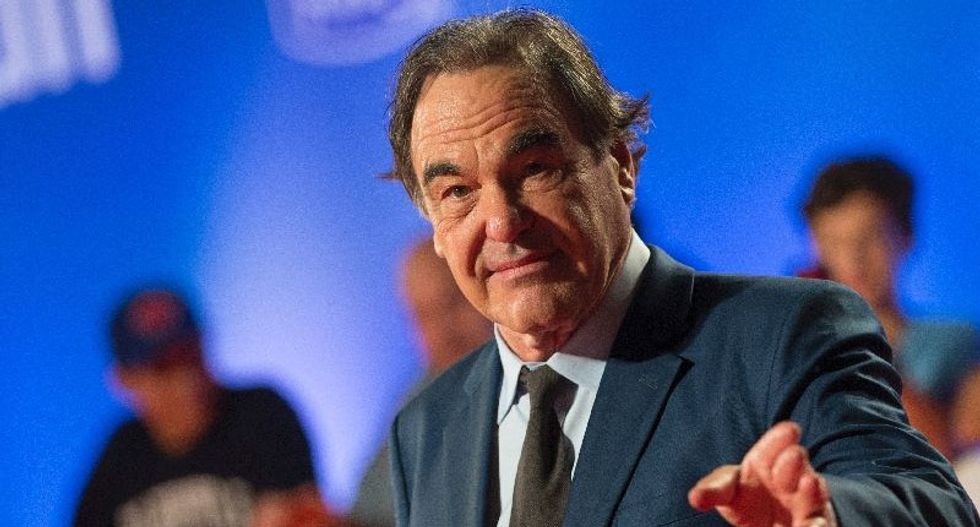 Filmmaker Oliver Stone, attending a film festival in Iran on Wednesday, said French President Emmanuel Macron's trip to Washington had been "very depressing" and marked a return to the "imperialism of old France".

Stone, who is half-French, said he was "particularly shocked" to see Macron standing alongside President Donald Trump, calling for a revision of the 2015 nuclear deal with Iran.

"I couldn't believe it," Stone told AFP after a press conference in Tehran.

"I remember very well President (Jacques) Chirac with great pride when he said no to George Bush when he wanted to invade Iraq (in 2003).

"And now to see this young man, who doesn't have much of a sense of history or memory of the great traditions of France... was very depressing."

Trump and Macron called for a "new" deal with Iran on Tuesday that would limit Iran's ballistic missile program and support for militant groups across the Middle East.

The US president has threatened to walk away from the existing deal, which curbed Iran's nuclear programme in exchange for sanctions relief, by the next renewal deadline on May 12.

Stone, a fierce critic of US foreign policy over many decades, said Macron, like one of his predecessors Nicolas Sarkozy, "wants to stand alongside the Americans as a sign of French power".

"This is a return to the colonialism and imperialism of the old France. This is what President De Gaulle swore off with the Algerian War in 1958-9 when he called it quits," he said.

"Mr Macron has to learn that he cannot be an imperialist."