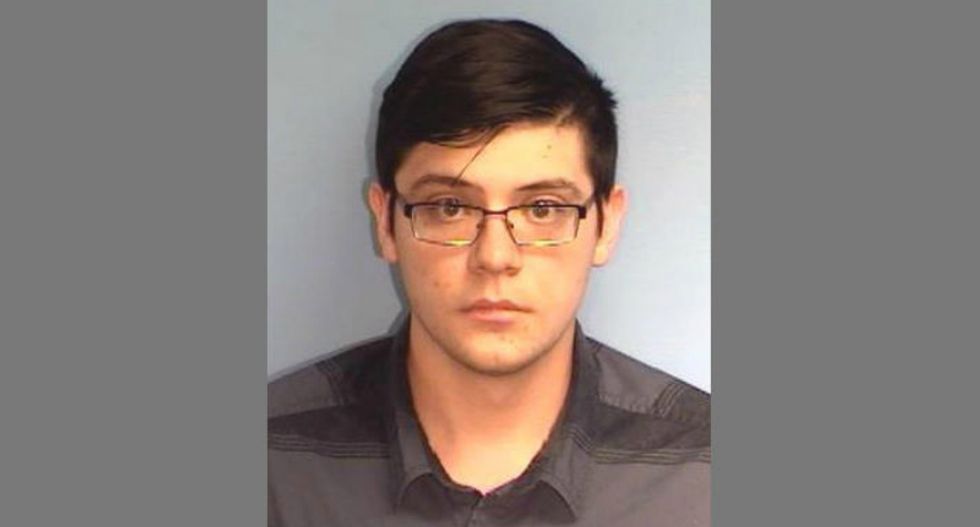 After receiving a tip about a man on a college campus spotted wearing a shirt associated with a white supremacist group, a 19-year-old in a Chicago suburb was arrested for having five unregistered firearms in his home.

The Chicago Tribune reported Monday night that Jakub Zak of Vernon Hills, Illinois was the subject of an anonymous tip after someone reported him for wearing a shirt promoting the anti-Semitic hate group Patriot Front, an offshoot of the similarly white supremacist Vanguard America group, at the College of Lake County. Along with the tip about the shirt, the anonymous tipster also told Vernon Hills police that they believed Zak had "an interest in guns."

On April 16, the Bureau of Alcohol, Tobacco, Firearms and Explosives and Vernon Hills police went to Zak's home and found five weapons, none of which were registered.

According to the Anti-Defamation League, Patriot Front "is a white supremacist group whose members maintain that their ancestors conquered America and bequeathed it to them alone. They define themselves as American fascists or American nationalists who are focused on preserving America’s identity as a European-American identity."