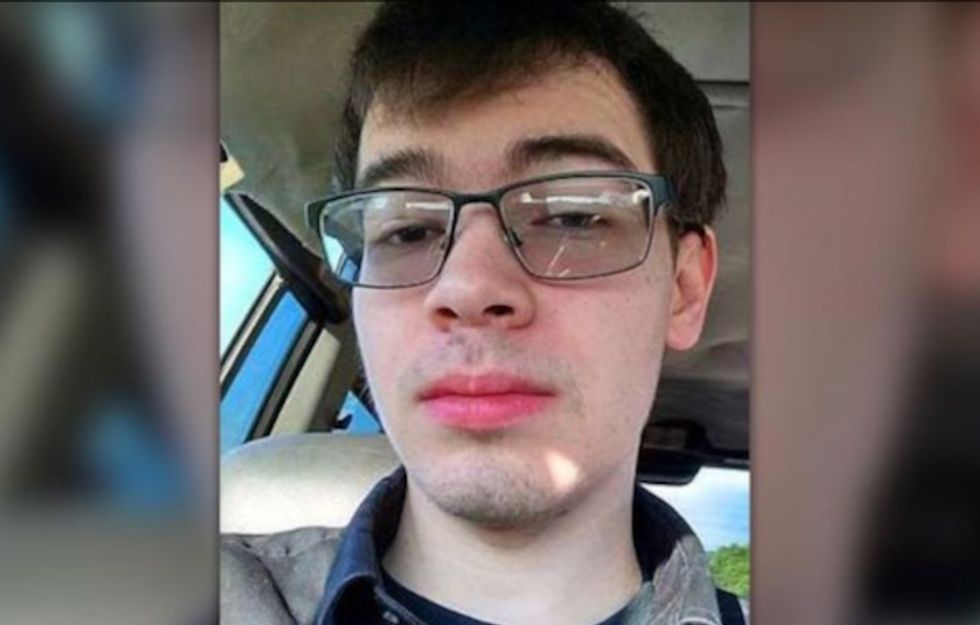 Police in Tennessee and Mississippi on Monday hunted for a 23-year-old man accused of killing his mother and a friend, then posting a lengthy confession on Facebook, authorities said.

Casey Lawhorn said in the detailed post that he had killed his mother and his friend in his home in East Ridge, Tennessee, outside Chattanooga, according to East Ridge police Assistant Chief Stan Allen. The post was later taken down.

Allen would not confirm details of the Facebook post but said police found Vi Lawhorn, his 44-year-old mother, and the friend, Avery Gaines, 22, inside the home. Both died from apparent gunshot wounds, he said.

Lawhorn called the East Ridge police from Mississippi, about 40 miles (64 km) from his home, before dawn Sunday to report that he had committed murder and was going to a remote area to kill himself, Allen said.

“We were already trying to locate him and we believed that he had left the area,” Allen said.

Lawhorn’s vehicle was found in Jasper County, Mississippi, about 350 miles (560 km) from his home, on Sunday afternoon, according Allen and the local sheriff’s department. Police described Lawhorn as armed and dangerous.

In the Facebook post Lawhorn admitted to shooting his mother and Gaines with a stolen .22-caliber rifle as they slept in separate rooms in his home, ABC News reported. Lawhorn described his mother as screaming when he shot her, ABC reported.