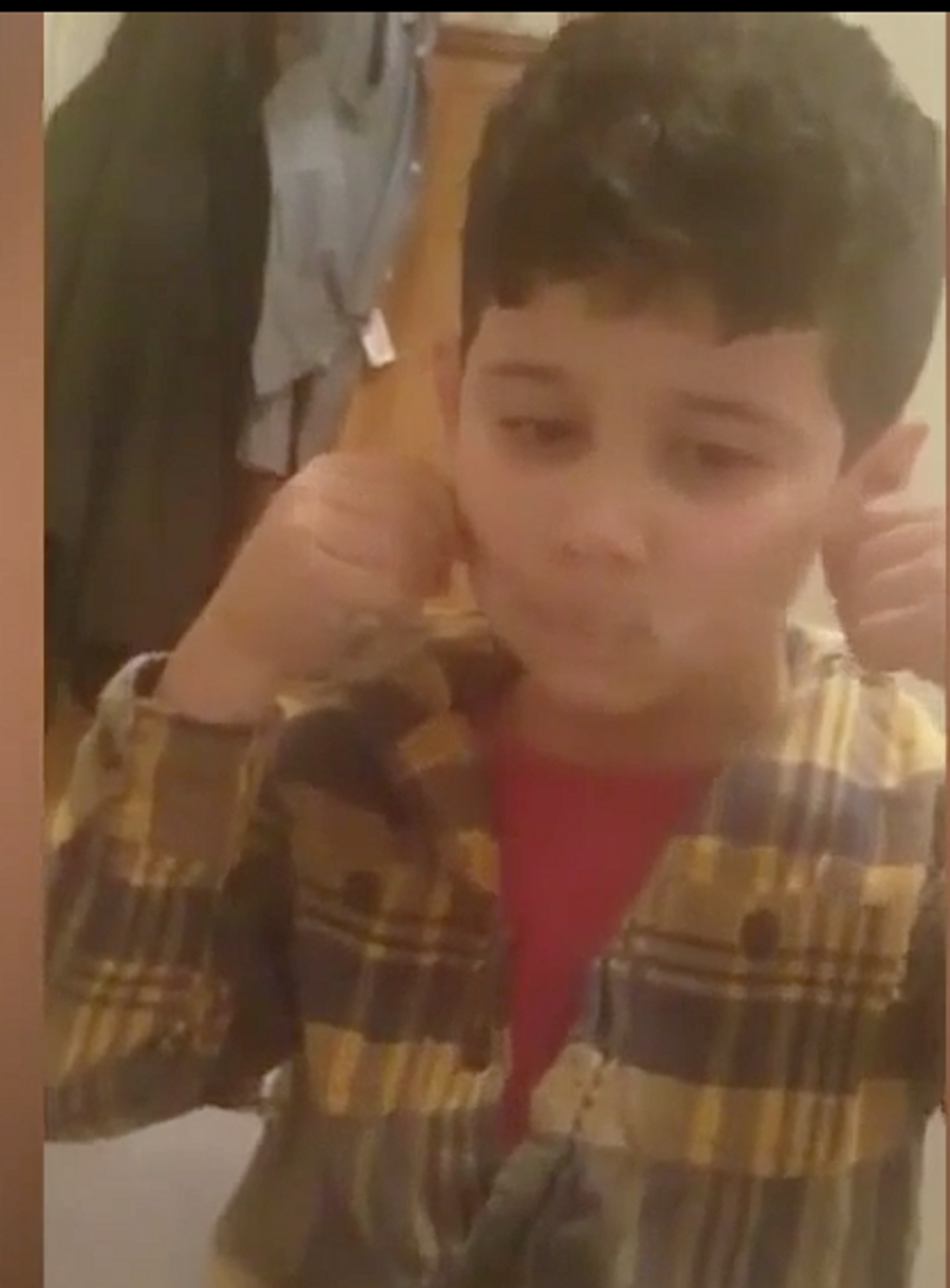 Abdul Dannoui demonstrating what his teachers would do to him with the tape. (Screengrab from video)

Two teachers in Michigan refused to let a student eat by taping his mouth shut, according to Detroit 's ABC 7 news.

Preschooler Abdul Dannoui told his parents that during lunch time two teachers would abuse him by neglecting to give him lunch and taping his mouth shut. "She put the scotch tape on my mouth," Dannoui said.

The abuse took place at Highview Elementary School, and Dannoui said the teachers would laugh at him and told him not to tell his parents. "They said don't tell your mom or dad, or no one," he said.

The abuse has taken place at least ten times, and Dannoui would have his food thrown in the garbage.

Hoda Dannoui, Abdul’s mother said: "I'm emotionally heartbroken. Disappointed. That's his second home. That's how they treat a child with asthma? I am not afraid, I am going to fight for my kid."

According to the families attorney, Nabih Ayad, the teacher saw their abuse as just a prank. However, the family is not taking any of this as a laughing matter.

"We feel that it was just a joke amongst these teachers, a laugh for them,” Ayad said. “It's outrageous. It's absurd that you think you send your kid to a place or school, where he would be safe."

"One of the teachers was discharged. However, they kept the other teacher in there,” Ayad said.

The school districted released a staetment that said they do not "approve or accept this type of behavior."

Dannoui, has since been removed from the school, and his parents are looking for a new district to enroll him in.