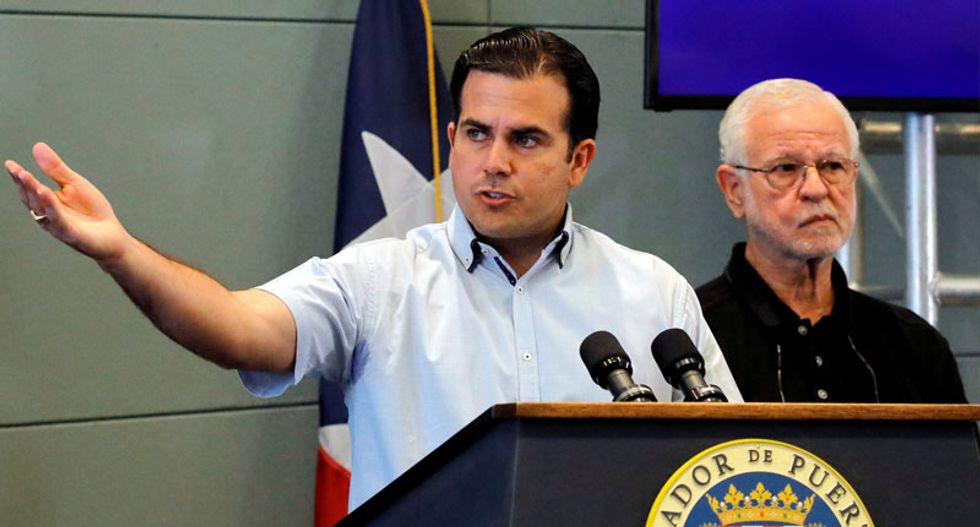 Puerto Rico’s governor on Monday fiercely defended his administration’s right to help steer the insolvent, storm-ravaged island out of bankruptcy after a U.S. congressman said the process should be led by the island’s creditors and federally appointed oversight board.

In a scorching, 6,000-word letter delivered on Monday to U.S. Representative Rob Bishop, and seen by Reuters, Governor Ricardo Rossello accused the Republican lawmaker of turning “back the clock many decades to a time when the federal government simply imposed its will” on the U.S. territory.

Bishop, who chairs the House of Representatives Committee on Natural Resources, was at the forefront of a 2016 federal law known as PROMESA, which moved Puerto Rico’s finances under the management of a federally appointed board.

In a letter last week, Bishop censured the board for lack of progress on a massive planned debt restructuring in Puerto Rico, directing the board to seek more input from the island’s financial creditors on a plan to stabilize the island.

Rossello said on Monday that flew in the face of PROMESA, which calls for the board and the governor to work together. He said the sides had made consensual progress on elements of Puerto Rico’s restructuring.

“I cannot and will not permit you to elevate concerns of bondholders on the mainland above concern for the well-being of my constituents,” Rossello said in the 13-page rebuke. “Your letter is truly disturbing in its reckless disregard for collaboration and cooperation in favor of an anti-democratic process akin to a dictatorial regime.”

Puerto Rico is navigating both the biggest bankruptcy in U.S. government history, with $120 billion in bond and pension debt, and its worst natural disaster in 90 years with September’s Hurricane Maria. The storm killed dozens, devastated the island’s infrastructure, and has left thousands without power more than six months later.

Rossello’s letter, scattered with legal arguments supporting a theory that the board’s powers are limited, foreshadows the potential for litigation if his government and the oversight board cannot come to terms on a path forward for the island.

The two sides have been collaborating on an economic forecast, called a fiscal turnaround plan, whose projections will determine, crucially, how much money the island has left over to repay its bondholders.

But they are apart on key issues, namely demands by the board to impose pension cuts and labor reforms. The governor has said those demands constitute specific policy decisions that exceed the board’s power.

The board has the authority to certify a plan unilaterally if it cannot reach terms with the governor, and Bishop’s letter was seen as a nod to that increasingly likely scenario. In it, Bishop essentially instructed the board to use its powers to enforce austerity measures and start collaborating with creditors rather than with just the government.

A unilateral plan would likely perpetuate already costly litigation over Puerto Rico’s financial future, because Rossello could resist implementing the board’s plan, and the board could then sue to enforce it, a scenario that has some precedent.

Rossello insisted his government was owed a seat at the table. “Congress did not create a control board ... with plenary policymaking power,” the governor said. “Congress expressly rejected such a model.”