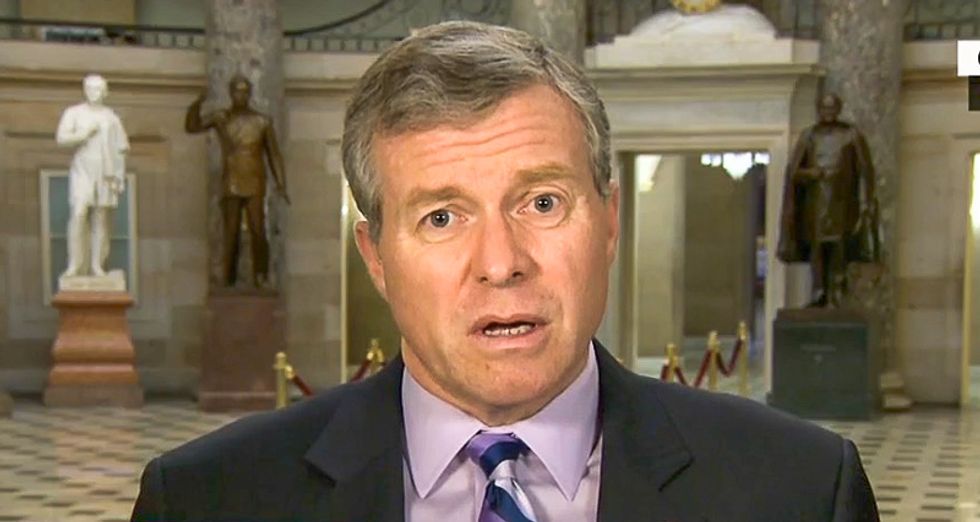 The Republican-controlled U.S. House of Representatives is expected to vote as early as Thursday on a “balanced budget amendment” that would prohibit federal spending from exceeding federal revenues, but it is seen as a largely symbolic gesture.

The vote is meant to show Republican voters that their party cares about fiscal responsibility, but may come just days after congressional budget analysts said annual U.S. deficits will soon approach $1 trillion due to recent legislation.

A balanced-budget amendment to the Constitution has little chance of becoming law since it would need Democratic support in the Senate and approval from three-fourths of U.S. states.

Republicans are pushing for it despite passing tax cuts in December that are projected to add $1.9 trillion to the national debt over the next decade. Last month, the Congress passed a bipartisan $1.3 trillion spending bill, adding even more red ink.

Republicans, who portrayed themselves as fiscal conservatives when their party was out of power, now control both chambers of Congress as well as the White House.

The balanced-budget amendment is a “messaging measure,” said Republican Representative Charlie Dent, who voted for the tax cuts and the spending bill.

“It’s an effort to convince our base that we really care about the budget but that’s a pretty audacious thing to do” shortly after the spending bill, said Republican Representative Thomas Massie, a Libertarian-leaning fiscal conservative who supported the tax bill, but not the spending package.

Separately, some Republicans are working with the White House to try to undo portions of the spending package.

Representative Steny Hoyer, the No. 2 House Democrat, told reporters this week that both Republican efforts were to “pretend to the voters that they are fiscally responsible.”

The tax law, the spending bill and other recent measures, will result in a $804 billion deficit in fiscal 2018, compared with a $665 billion budget gap in fiscal 2017, the nonpartisan Congressional Budget Office projected this week.

The tax law, passed without Democratic support, is Republicans’ main legislative achievement since President Donald Trump took office in January 2017, and many lawmakers plan to highlight it in their re-election campaigns.

Democratic strategist Jesse Ferguson, who advises groups opposed to the tax law, said “voters are aware of how fiscally reckless Washington is and they’re increasingly realizing it’s Republicans to blame.”

House Speaker Paul Ryan, who cultivated a reputation as a fiscal conservative, said on Wednesday he will not seek re-election, dealing a blow to fellow Republicans and Trump ahead of fast-approaching congressional elections.

But Republican consultant Whit Ayres said the “tax cut bill does give Republicans something concrete to campaign on,” while “deficits are an abstract issue.”

“It really depends on the state or the district,” Ayres said of whether deficits concerns will matter.