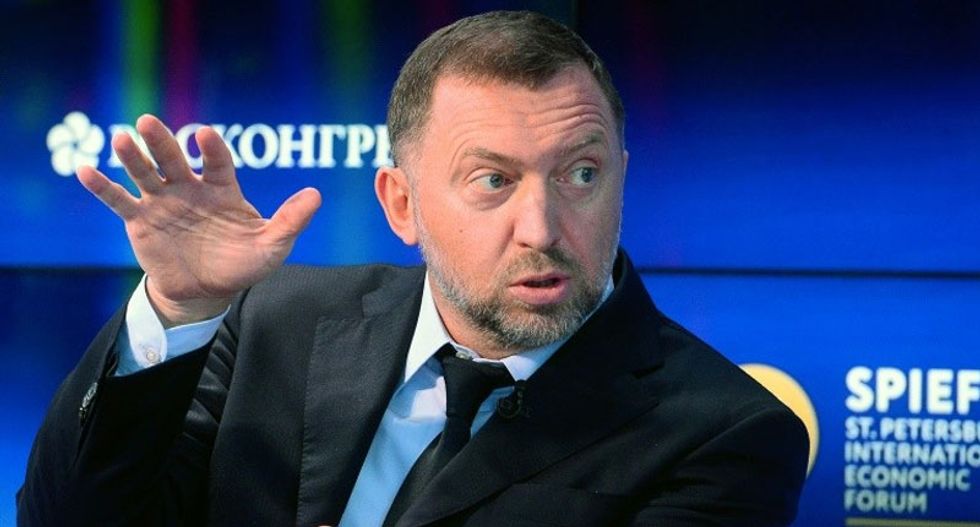 Shares in Russian aluminium giant Rusal collapsed on Monday after Washington targeted it with sanctions, putting the metals major at risk of defaulting on part of its debt.

On the Hong Kong stock market, one of the exchanges where Rusal's shares are listed, it closed 50 percent down at HK$2.34.

The fall wiped more than 3.5 billion euros ($4.3 billion) off the market capitalisation of the company which is headed by billionaire Oleg Deripaska and accounts for some seven percent of the world's aluminium production.

In Moscow, the other exchange where its shares trade, they were down 23 percent in mid-session business.

The meltdown came after US President Donald Trump on Friday announced sanctions against Russian oligarchs close to Vladimir Putin following the diplomatic crisis sparked by the poisoning of former spy Sergei Skripal.

Washington has accused Deripaska of operating for the Russian government. Other magnates hit by sanctions include the director of state-owned energy giant Gazprom, Alexei Miller.

The Kremlin on Monday slammed the latest round of sanctions.

Prime Minister Dmitry Medvedev said Moscow was looking at how to support the companies and sectors that have been hit.

In a statement, Rusal said the sanctions "may result in technical defaults in relation to certain credit obligations of the group".

Russia's currency also took a hit, with the dollar and euro rising to 59.81 and 73.42 against the rouble respectively.

"Base metals are making a subdued start to the new week of trading -– with the exception of aluminium," Commerzbank Commodity Research said in a note.

"This is due to sanctions imposed by the US on Russian oligarchs and their companies on Friday," it added.

Matt France, global commodities broker at Marex Spectron, agreed: "No doubt about the outperformer in both price and volume as aluminium surges post the Friday Rusal announcement."

In all, Trump's administration targeted seven oligarchs, 12 companies they own or control, 17 senior Russian officials and a state-owned arms export company.

The sanctions follow weeks of tit-for-tat diplomatic measures between Russia and Western states following the poisoning of a Russia former double agent in Britain last month.

The health of Sergei Skripal, the former Russian spy who was found slumped on a bench with his daughter in the English city of Salisbury, is now improving.

The US said however that Friday's action was taken under a law passed to punish Russia for its alleged bid to interfere in the 2016 US presidential vote, as well as its intervention in conflicts in Syria and Ukraine.