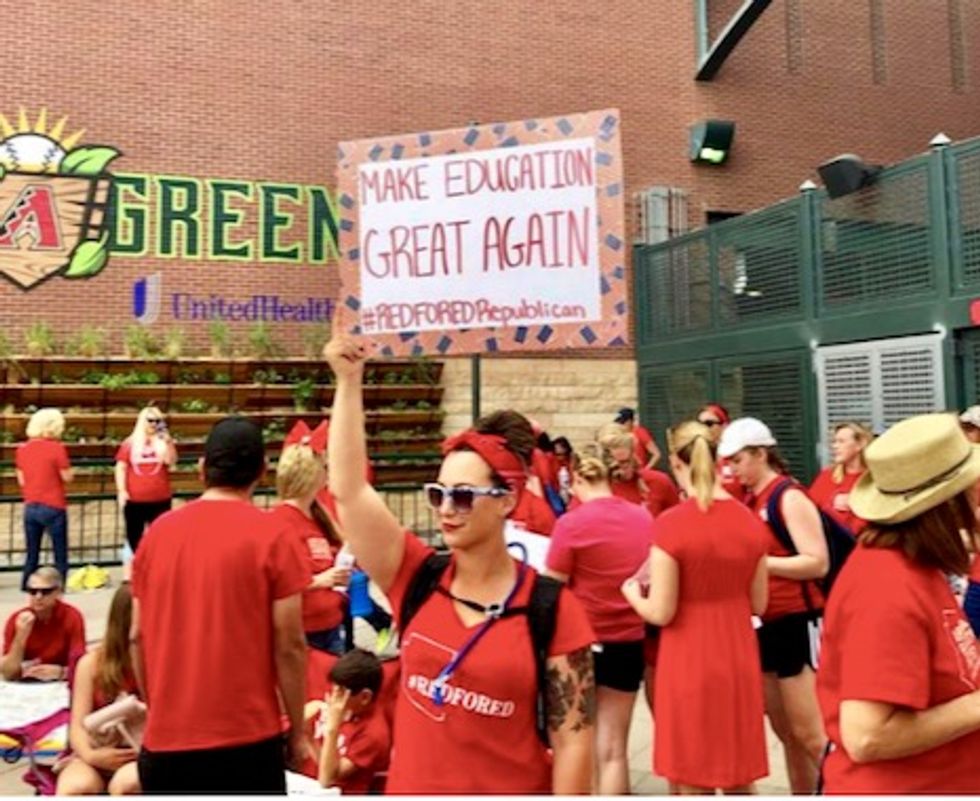 Schools in Arizona and Colorado were set to stay closed for a third day on Monday as thousands of teachers strike to press for higher pay and more educational resources.

Schools in the Arizona cities of Phoenix, Tucson and Flagstaff will remain closed Monday, officials announced.

Arizona’s Governor Doug Ducey announced a proposed deal with state lawmakers on Friday that would boost teachers’ pay 20 percent by 2020, vowing to work to introduce a budget early this week.

Ducey, a Republican, also pledged $371 million over the next five years for school infrastructure, curriculum, school buses and technology.

But leaders of two Arizona teacher groups spearheading the walkout were skeptical.

Teachers in Colorado are also expected to continue their classroom walkouts Monday over the same issues, but little progress was made there last week. Schools in the state’s 10 largest districts were closed Friday according to The Denver Post.

The protests are part of a wave of actions by teachers in states that have some of the lowest per-student spending in the county. A nearly two-week strike in Oklahoma ended in early April with a pay raise for teachers.

In Denver, protesting educators cheered Friday as Democratic Governor John Hickenlooper told them he knew they were underpaid. However, they booed after he laid out a school spending proposal that was short of their demands.

“They’ve been telling us they value us, and we’re underpaid since 2009,” said one demonstrator, who asked not to be named.

Arizona’s historic state-wide strike has closed public schools serving more than 800,000 students. In Colorado, at least 600,000 students were not in class on Friday.