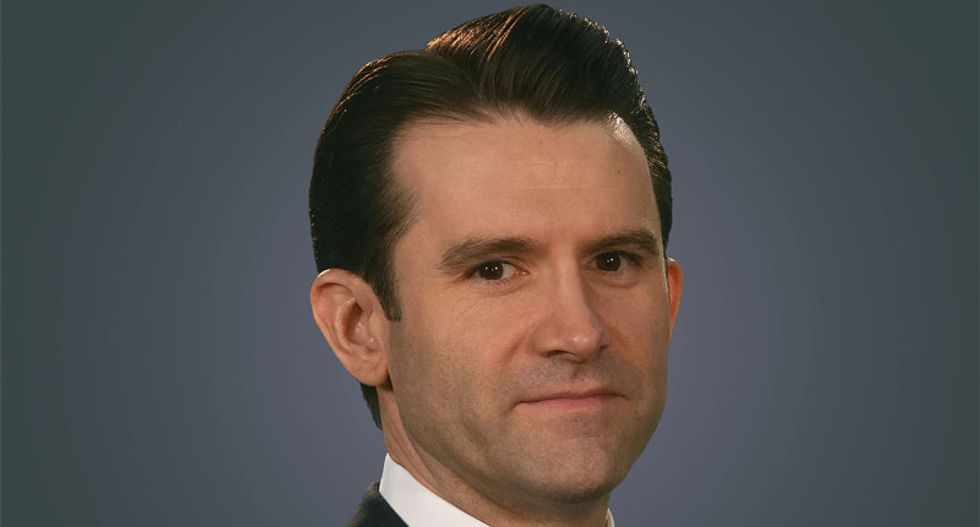 The CEO of embattled Sinclair Broadcast Group issued an all-employees memo on Tuesday apologizing to them for bearing the brunt of criticism of the media giant for spreading conservative propaganda as part of their job -- calling their critics "extremists."

According to Politico, CEO Chris Ripley labeled any criticism of the employees who read off of mandatory corporate scripts on company-wide promos “politically motivated attacks."

Saying that attacks over the promotional spots by critics “is not unique to Sinclair," Ripley added, "The blowback we received for doing so certainly is.”

“For having to field nasty calls, threats, personal confrontations and trolling on social media, I am truly sorry you had to endure such an experience,” Ripley wrote. “However, as an organization it is important that we do not let extremists on any side of the political fence bully us because they do not like what they hear or see.”

The Sinclair group of 173 televisions station has been under harsh assault after Deadspin complied a video montage of Sinclair anchors parroting the company line of what the media group considers "fake news" by other media outlets in tightly scripted remarks.

‘What a dope!’ Morning Joe unloads on Ron DeSantis for punishing prosecutor for stating his beliefs

MSNBC's Joe Scarborough dumped on Florida Gov. Ron DeSantis for suspending an elected prosecutor who vowed not to enforce laws against abortion.

The Republican governor removed Hillsborough County state attorney Andrew Warren from office after he signed letters pledging he would not enforce laws prohibiting gender-affirming care for minors or laws limiting abortion, and the "Morning Joe" host blasted him as an authoritarian.