Storms unleash tornadoes in US East, record snow in Midwest 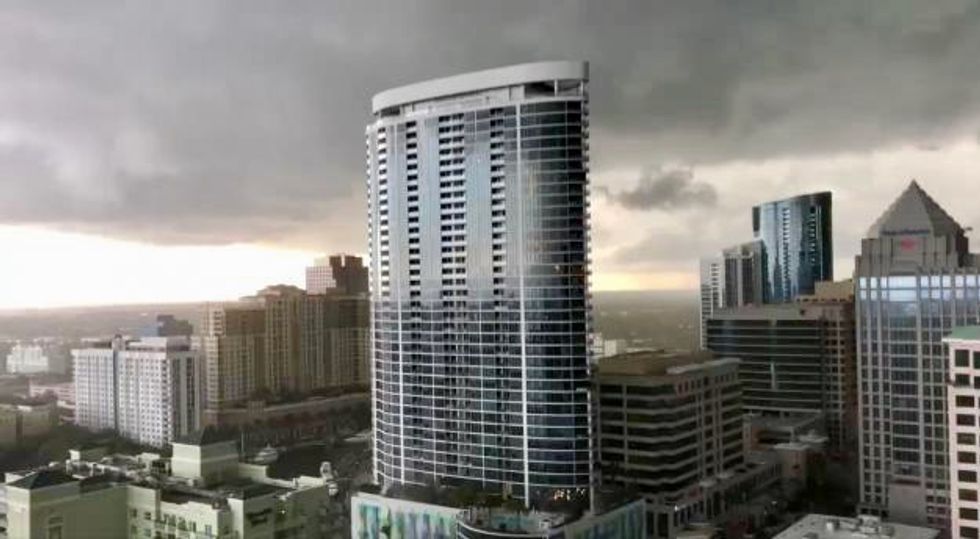 In Michigan, where snowfall was expected to reach 18 inches in some areas, about 310,000 homes and businesses were without power because of an ice storm, most of them in the southeast of the state.

Large areas of Detroit were without power and customers were not expected to have it back on Sunday night, utility DTE Energy (DTE.N) said. It was working to have 90 percent of outages restored by Tuesday, DTE spokeswoman Carly Getz said in a statement.

The weight of ice on power lines, coupled with high winds, caused more than 1,000 power lines to fall in Detroit and Wayne County, DTE said.

The worst of the snow was focused on the upper Great Lakes, with Green Bay, Wisconsin, seeing its second largest snowstorm ever after 23.2 inches fell as of Sunday afternoon, the National Weather Service said.

For the twin cities of Minneapolis-St. Paul, Minnesota, the April monthly record for snowfall of 21.8 inches (55 cm) was surpassed on Saturday, the National Weather Service said.

Two tornadoes tore up trees and ripped apart homes in Greensboro and Reidsville, North Carolina, killing a motorist who was hit by a tree, according to Greensboro’s city manager, local media reported.

The storms stretched from the Gulf Coast to the Midwest and were moving into the Northeast and New England.

Record low temperatures for the date were expected in Oklahoma City on Monday at 30 degrees F (-1 C), and in Kansas City, Missouri, at 25 F (-4 C), Hurley said.

On Friday, the weather system produced 17 reports of tornadoes in Arkansas, Louisiana, Missouri and Texas, with four people injured and 160 buildings damaged in a possible tornado in northwest Arkansas, local media reported.

The weather was blamed for two traffic deaths in western Nebraska and Wisconsin, according to National Public Radio.

The storms also killed a one-year-old girl when a tree fell on a recreational vehicle where she was sleeping, the sheriff’s office in Bossier Parish, Louisiana, said.

By Sunday night, 1,804 flights had been canceled into or out of U.S. airports, the website flightaware.com reported, including 148 flights in or out of the Minneapolis-St. Paul airport