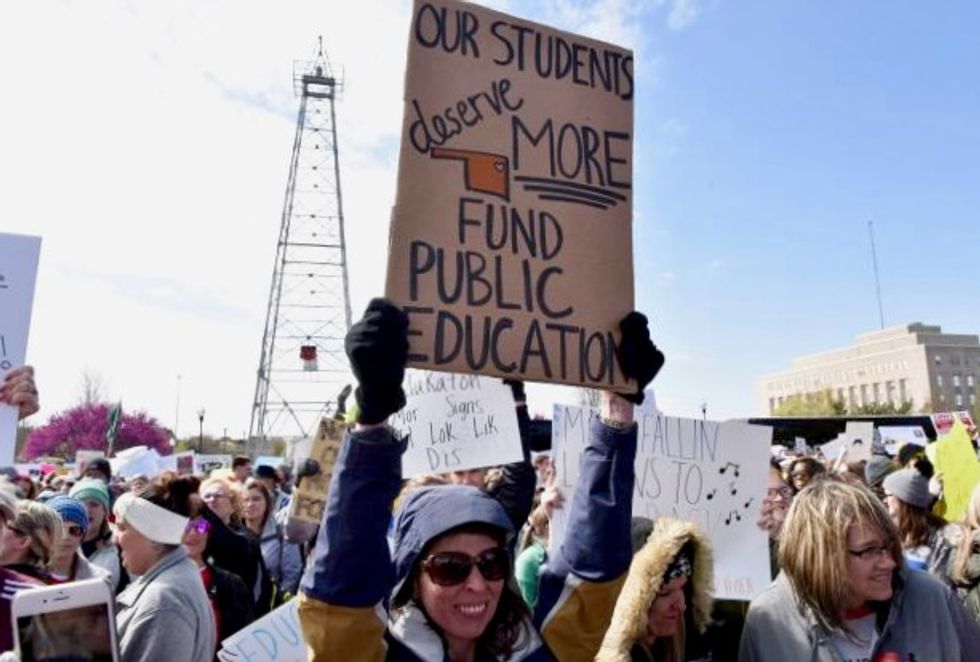 A strike by Oklahoma educators demanding more school funding entered a 10th day on Wednesday, as the state’s Republican leaders warned they plan no further increases after approving $450 million in new revenue to boost teacher pay.

Schools in the state’s largest cities, Oklahoma City and Tulsa, remained closed the day after Republican Governor Mary Fallin signed into law two bills that raised taxes but fell short of teachers demand for another $150 million.

“The governor and lawmakers keep closing the door on revenue options when Oklahomans are asking for a better path forward,” said Alicia Priest, president of the Oklahoma Education Association, the state’s largest union for teachers with about 40,000 members.

The strike is part of a wave of actions by teachers in states that have some of the lowest per-student spending in the country. A West Virginia strike ended last month with a pay raise for teachers, and educators in Arizona are also expected to protest on Wednesday, without skipping classes, to seek enhanced school funding.

The Oklahoma strike, which began April 2, has closed public schools serving about 500,000 of the state’s 700,000 students. Schools in Oklahoma City and Tulsa were shut on Wednesday.

Fallin has already approved legislation that would raise teachers’ wages by an annual average of $6,100, but teachers are holding out for a $10,000 raise over three years and other increases in school funding.

Saying that education funding was wrapped up, Fallin signed a bill on Tuesday aimed at expanding revenues from Native American casinos and one that will raise about $20 million from internet sales taxes, her office said in a statement. Fallin also approved a bill that repealed a hotel tax, a measure that teachers wanted vetoed.

“As far as this year, we’ve accomplished a whole lot, and I just don’t know how much more we can get done this session,” state Representative John Pfeiffer, a House floor leader and top Republican lawmaker, told the local Fox affiliate on Tuesday.

A non-partisan poll released on Friday showed 72 percent of voters in Oklahoma, where teacher’s pay is near the bottom among U.S. states, supported the walkout.