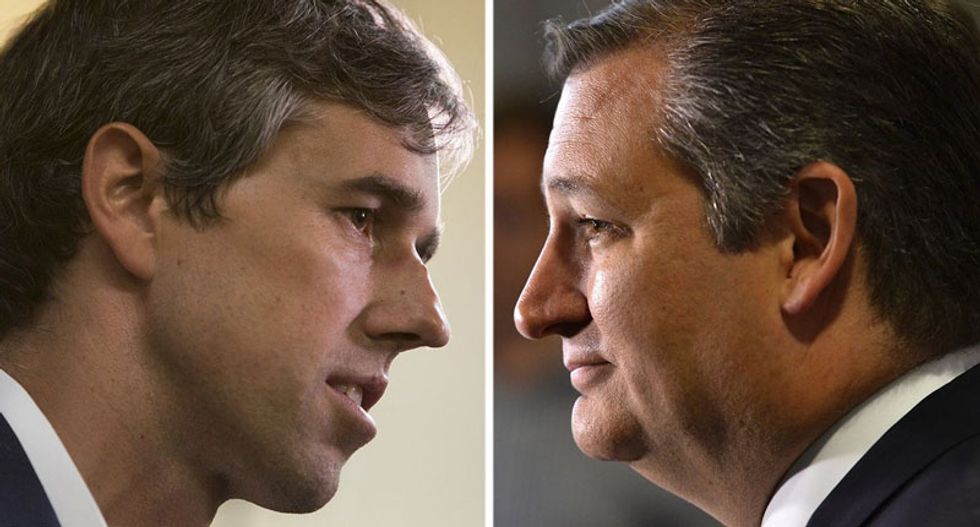 You probably saw the new Texas political survey from Quinnipiac released last week — the one that had Democrat Beto O'Rourke running just a few percentage points behind Republican Ted Cruz in this year’s U.S. Senate race.

Heady stuff, or scary stuff, depending on your team.

It’s from a highly regarded polling operation, but there are a couple of caveats that ought to figure into your jubilation/trepidation. The biggest is that the poll included a lot of Texans who have never been in a voting booth and likely never will be.

Also, this is a springtime poll. Lots of voters who actually will show up on Election Day have no more idea how they’ll vote on Nov. 6 than they know what they’ll have for lunch that day.

Partisans know. People acquainted with the candidates know. But political predilections are hard to nail down. People change their minds, candidates make mistakes, circumstances change. Take a look at this riff on springtime pollingfrom the Texas Politics Project at the University of Texas at Austin (the authors are on the team that conducts the University of Texas/Texas Tribune Poll) and you can see the difference between what the state’s voters have said months before elections and how they’ve actually voted.

Second, this new poll was a survey of registered voters, as opposed to a survey of likely voters. The difference is immense. Texas has 15.2 million registered voters, according to the secretary of state. Just over 9 million voted in the 2016 election, and presidential elections get the biggest turnouts. In 2014, which was a midterm election year like the year we’re in now, 4.7 million people voted. The folks at Quinnipiac also noted that 53 percent of the registered voters in Texas didn’t yet have an impression of O’Rourke. He’s never run statewide, after all, never been on a ballot outside of El Paso County, and he’s not in the hot part of the campaign season yet.

That’s all pretty normal, but it tells you where the holes are in any early survey of this broad a pool of voters.

Or, as it turns out, non-voters. Low turnout is a perennial problem across the country, but Texas outdoes most states — in the wrong way. (Shout out to Hawaii for beating us: Thanks!)

Here’s a simple political maxim: If you don't vote, you don't matter.

You don't have power until and unless you exercise it.

Protesting, marching and speaking out isn't voting. It's useful. Sometimes it gets people to vote. Sometimes it reminds the pinheads in the capitols in Texas and Washington, D.C., who they're working for and that their bosses vote. But people and factions that don't vote have no juice. Nobody cares. They're civic toddlers: noisy, cranky and a general pain in the back. Nobody is about to hand them the car keys.

Nobody listened to the Tea Party until the 2010 elections. Up until that election, smarty-pants insiders and officeholders regarded those folks as cranks. After that election, they were recognized as essential members of the conservative movement.

They got into the game in the easiest way possible. They engaged.

Non-voters get their power when they do the boring, clerk-like chore of registering to vote, showing up to vote and voting in a way that makes people listen.

Politicians are responsive. Honest. You can tell when you try to get them to do something that crosses their masters. The only way to change what they’re doing is to master the masters: Outnumber them. The only way to do that is to go to the polls.

It’s a free country, and you don't have to vote. Everybody has friends who can yammer at length about how little a vote is worth. Those are the people the officeholders ignore whenever they can, like a vegetarian ignores the butcher.

Nothing happens to politicians who ignore non-voters, unless they get so far off road that those people become voters. In the meantime, ignoring non-voters gives them more time to listen to the other voters and to the interest groups that might or might not have things going in the direction you'd like things to go.

The people who got into office when those folks weren't voting would generally prefer that those folks stick to their habits — forever. They didn't need them to get where they are, and new entries into the game are potentially threatening to their careers. Want to protect them? Stay home. Watch TV. Mind your flower bed or your video game. Nobody cares what you do if you don't vote.

Texas Democrats have a slogan that “Texas isn’t a red state — it’s a non-voting state.” Republicans like to say people don’t vote because they’re happy with the way things are going.

It’s hard to tell, unless you look at polls that include everyone who’s registered to vote, not just those likely to do so. Among those people, in Texas, in springtime, Cruz is three percentage points ahead of O’Rourke, according to the latest Quinnipiac University Poll.

BY ROSS RAMSEY, THE TEXAS TRIBUNE