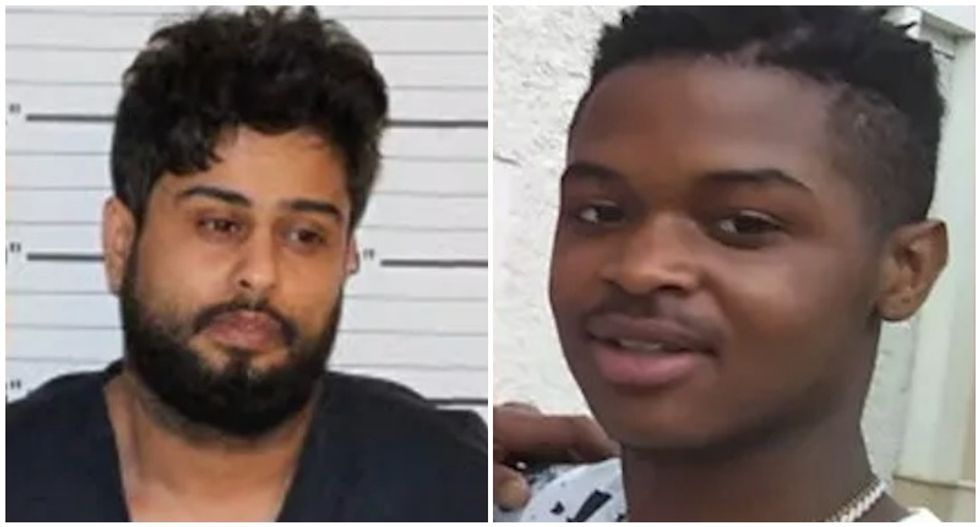 A Tennessee convenience store clerk was charged with murder after police said he chased a teenage shoplifter, gunned him down from behind and failed to call for help.

The body of 17-year-old Dorian Harris went undiscovered for two days just 100 yards north of the Top Stop Shop in Memphis, where police said the teen stole a beer and fled, reported WREG-TV.

Anwar Ghazali was arrested Saturday, after the teen's body was found, and charged with first-degree murder in the case.

Police said the 28-year-old Ghazali tried to stop Harris from running out of the store around 10:30 p.m. Thursday with the stolen beer, and then chased the fleeing teen outside and shot at him as he ran away.

Once shot struck Harris from behind, and Ghazali went back into the store and told a witness he thought he'd shot the teenager, a frequent customer who sometimes did odd jobs for the store owner.

Ghazali did not call police to report the shooting or theft.

The boy's body was found by a neighbor, and police said he'd suffered a single gunshot wound to the thigh.

The neighbor recalled hearing gunshots the night Harris was killed, but she did not report the incident.

“I didn't see anybody running or anything, so I didn't think any more about it,” said neighbor Sarah Patton.

Harris, who was was off school the following day for Good Friday, was on his way to spend the night at a cousin's house when he was shot, although the teen was not reported missing before his body was discovered.

"If he had said something, Dorian's life could've been saved," said his grandmother, Effie Fitch. "You don't shoot nobody Thursday and here it is Saturday and you ain't said nothing about it."