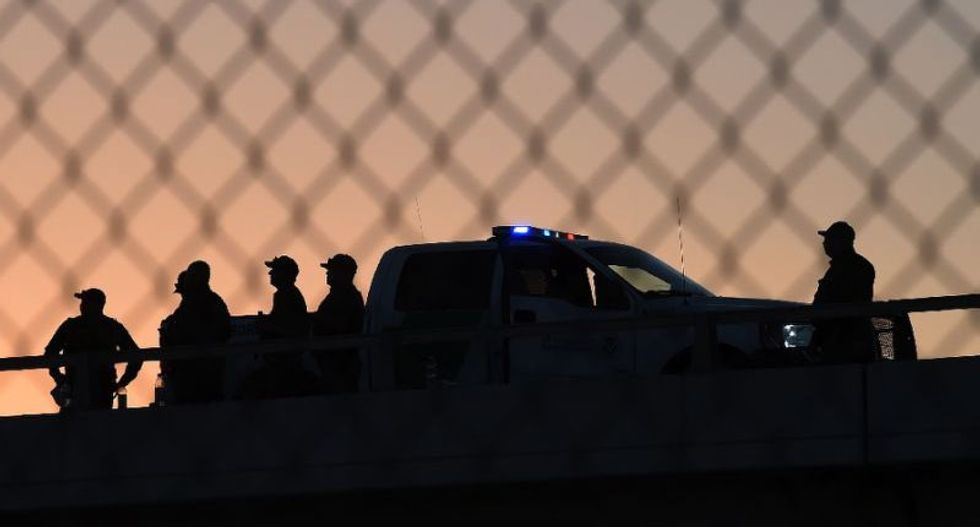 The Texas National Guard has begun deploying troops to help secure the state’s southern border with Mexico as President Donald Trump has been unable to get the U.S. Congress or Mexico to fully fund his proposed wall along the border.

Mattis on Friday authorized the funding for up to 4,000 National Guard troops for the operation through Sept. 30, a Department of Defense memo showed.

The troops will be under the “command and control” of their respective governors, it said.

Trump has failed so far to persuade either the Mexican government or the U.S. Congress to fully fund a wall he wants to build along the border. Mexican President Enrique Pena Nieto on Thursday sharply rebuked Trump over the plan.

The Texas Army National Guard said 250 guardsmen along with aircraft, vehicles and surveillance equipment were to be deployed along the state’s border with Mexico within the next 72 hours.

Exact details of the mission, including the total number of troops to be deployed and the cost, were yet to be determined, Brigadier General Tracy Norris, commander of the Texas Army National Guard, told a news conference.

In Arizona, some 150 National Guard members will be sent to the border next week, Arizona Governor Doug Ducey said in a Tweet on Friday.

Nielsen said this week that the troops would not be involved in law enforcement.

In a supporting role, possibly for aerial reconnaissance, the Guard will help U.S. Customs and Border Protection personnel with stopping illegal immigrants from entering the country, Nielsen said.

In keeping with a theme he often invoked as a candidate in 2016 and has continually returned to since taking office, Republican Trump has sharpened his anti-immigrant rhetoric, warning that illegal immigrants threaten U.S. safety and jobs.

“It sounds to me more like political rhetoric than something that is actually needed on our border,” Representative Vicente Gonzalez, a Texas Democrat whose district includes the border city of McAllen, told the New York Times.

Reporting by Brendan O'Brien in Milwaukee; editing by Jason Neely