Why Trump is holding off on withdrawing troops from Syria 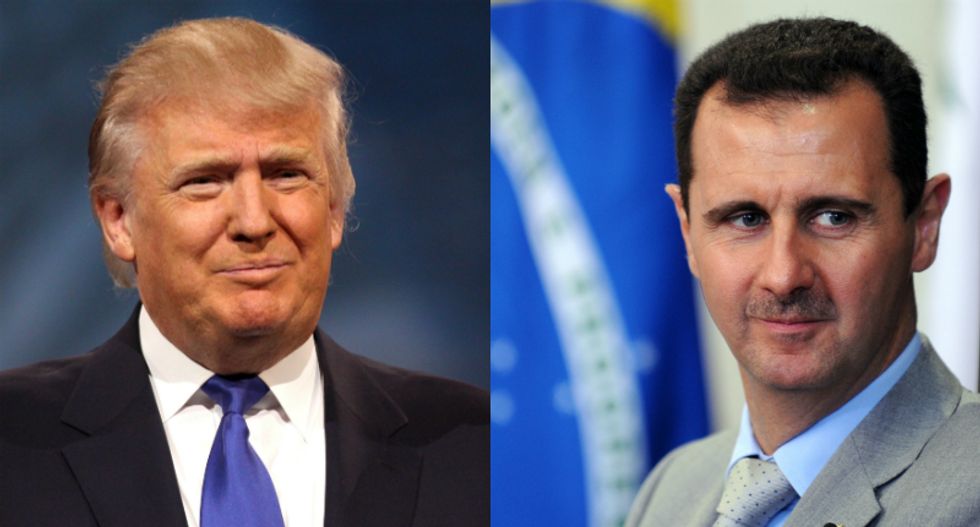 Despite his eagerness to remove American troops from Syria, US President Donald Trump has given up on doing so immediately for reasons including the war against jihadists and regional politics.

While Trump used the winding down of the war against the Islamic State group as justification for his desire to quickly withdraw US forces from Syria, allies as well as US officials have pushed back.

"Our mission isn't over, and we're going to complete that mission," said Brett McGurk, the US envoy to the international anti-IS coalition.

And the jihadists are not completely defeated: "We see the return of fighters," and if the coalition is not careful, there is a real threat that IS could "regain ground," a European diplomat warned recently.

Trump has now promised that the US mission in Syria would come to a "rapid end," but did not give a timetable.

In January Rex Tillerson, then secretary of state prior to his dismissal by Trump, said that "the United States will maintain a military presence in Syria."

He linked the issue with ending Syrian President Bashar al-Assad's rule, though this is not an official objective of the mission.

"A total withdrawal of American personnel at this time would restore Assad to continue his brutal treatment against his own people," Tillerson said, while "the departure of Assad through the UN-led Geneva process will create the conditions for a durable peace within Syria and security along the borders."

This process, however, is at a standstill. In the meantime, the US administration has also stressed the need to stabilize areas "liberated" from IS rule.

"Of course there is a military role in this, certainly in the stabilization phase," said General Joseph Votel, the commander of US troops in the Middle East.

Tillerson also warned "US disengagement" from Syria would provide Iran -- which is backing Assad -- with "the opportunity to further strengthen its own position in Syria."

This is a major concern for experts, at a time when the Assad regime and its Iranian and Russian allies increasingly appear to be on the path to victory in Syria's brutal seven-year civil war.

Trump has repeatedly taken aim at Iran's conduct and threatened to withdraw from the international agreement aimed at preventing Tehran from obtaining nuclear weapons, criticizing it as too lax.

"Containing the spread of the Iranians, their proxies and the development of their military capability in Syria should be the Trump administration's focal point," former diplomat Denis Ross wrote in The Washington Post.

"But it is not, with Trump making clear that he wants to 'let the other people take care of it now,'" Ross said.

Turkey is also a significant source of concern for Washington. Turkey is a western ally that backs Syrian rebels.

But President Recep Tayyip Erdogan has joined Russia and Iran in a Syria peace process on the margins of the UN-led one.

Mainly, Ankara has launched an offensive in northwest Syria against Kurds allied with the United States against jihadist forces but accused of terrorism by the Turks. Turkey fears the formation of a Kurdish state on its border.

This operation, which the United States has failed to contain, now threatens Manbij, where American troops are based.

For now, the Americans seem inclined to strengthen their positions in the Manbij region.