US Interior chief Ryan Zinke's $12,000 charter flight 'could have been avoided': watchdog 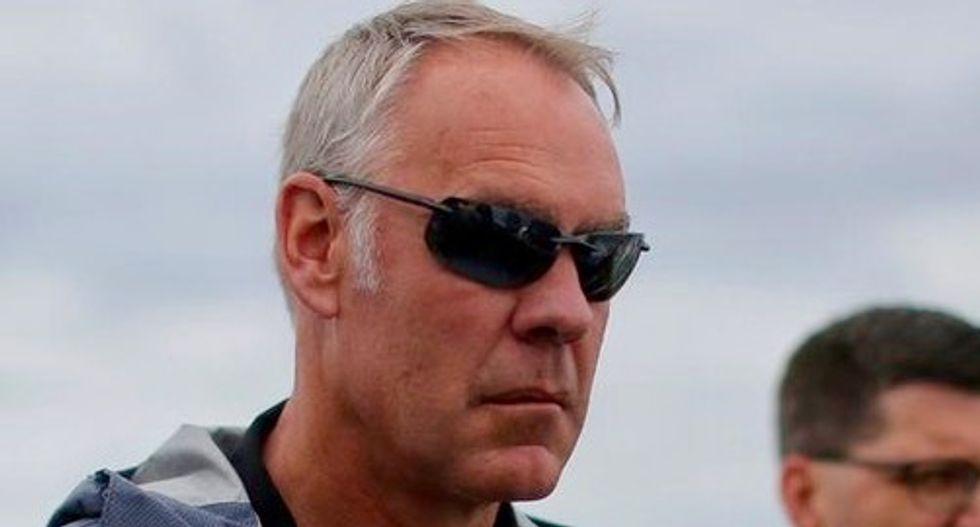 U.S. Interior Secretary Ryan Zinke took an unnecessary charter flight in June that cost taxpayers over $12,000, the Interior Department’s internal watchdog said on Monday - travel linked to his visit to a professional hockey team in Nevada.

The report from the department’s Office of Inspector General came amid mounting pressure on Trump Cabinet officials over their ethics and spending habits while in office.

“We determined that Zinke’s use of chartered flights in fiscal year (FY) 2017 generally followed relevant law, policy, rules, and regulations,” the report said.

“We found, however, that a $12,375 chartered flight he took in June 2017 after speaking at the developmental camp for the Golden Knights, a professional hockey team based in Las Vegas, Nevada, could have been avoided,” it added.

The National Hockey League team is owned by Bill Foley, a donor to Zinke’s congressional campaigns. The Interior Department has said Zinke’s speech did not violate any laws, rules or regulations.

Zinke has defended his use of noncommercial aircraft as necessary for reaching the remote parts of the country that his department oversees.

He has also taken heat for other spending, including the repair of a door in his office that cost nearly $140,000.

Other Cabinet members have also been scrutinized.

Trump should be indicted for violating the Insurrection Act -- or seditious conspiracy: ex-DHS secretary

Donald Trump should be prosecuted for violating the Insurrection Act, according to former Homeland Security secretary Jeh Johnson.

The former DHS secretary appeared Thursday on MSNBC's "Morning Joe," where he discussed the deletion of communications across several federal agencies at the end of the Trump presidency, which he said appeared to be a violation of the Federal Records Act, and he said the former president also appeared to have broken federal law.

Parts of Australia's beleaguered Great Barrier Reef now have the highest levels of coral cover seen in decades, a government report said Thursday, suggesting the aquatic wonder could survive given the chance.

Portions of the vast UNESCO heritage site showed a marked increase in coral cover in the last year, reaching levels not seen in 36 years of monitoring, the Australian Institute of Marine Science said.

Capitol rioter throws Trump under the bus in plea for leniency

A man who pleaded guilty earlier this year to a misdemeanor charge of engaging in disorderly or disruptive conduct for his role in the January 6th Capitol riots is now pointing the finger at former President Donald Trump.

CBS News' Scott MacFarlane flags a new court filing in which convicted MAGA rioter Benjamin Larocca pleaded for leniency for his crimes by blaming Trump's decision to hold a "Stop the Steal" rally in Washington D.C. on January 6th, 2021.