US lawmakers bicker over chaplain’s ouster by Paul Ryan 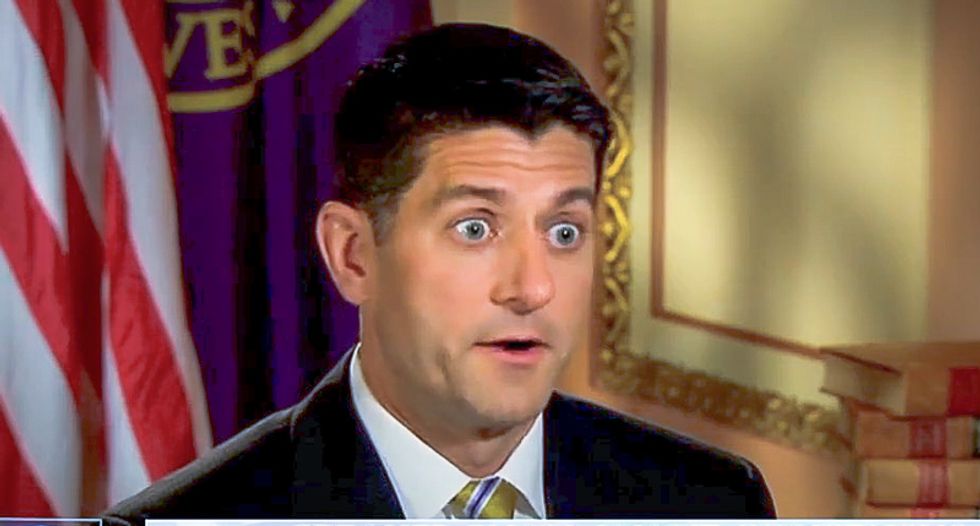 Members of the U.S. Congress find little to agree on these days, not even who should lead them in prayer.

Democrats protested loudly on Friday after the House of Representatives chaplain, Reverend Patrick Conroy, said he had been asked to resign by Republican House Speaker Paul Ryan. Both men are Roman Catholics; Conroy is a Jesuit priest who has been House chaplain since 2011, when he was nominated to the job by former Republican Speaker John Boehner.

Ryan explained to Republicans Friday that the decision to let Conroy go was based on complaints about insufficient spiritual guidance from the priest, several Republican lawmakers told reporters after the closed-door meeting.

“He (Ryan) had heard from a number of different members they wanted more in the way of pastoral care,” said Representative Mark Sanford, a South Carolina Republican.

But Democrats charged the real reason for Conroy’s departure was a prayer the chaplain gave on the House floor during last autumn’s debate on Republican tax cut legislation, in which he prayed for lawmakers to “guarantee that there are not winners and losers under new tax laws, but benefits balanced and shared by all Americans.”

The tax overhaul sailed through Congress without Democratic support; Democrats have complained it favors businesses and the wealthy, and that working-class taxpayers will see little benefit.

Conroy told the New York Times on Thursday that he did not know why he was ousted, but said last fall a staff member of the speaker’s office complained to him that the tax law prayer was too political. Earlier this month, Conroy was told the speaker would like his resignation, the priest told the Times.

“This is awful. This is absolutely awful,” said Representative Emanuel Cleaver, a Democrat and Methodist minister, adding that Conroy should at least have been allowed to stay until the new Congress is sworn in next January. “I’m very hurt and disturbed, and Father Conroy is as well.”

Democrats demanded a special committee be formed to investigate the ouster, but their proposal was voted down on a largely party-line vote in the Republican-majority chamber.

Meanwhile, Conroy’s last day as chaplain is not until May 24, so he is still leading the House in a daily opening prayer. On Thursday, he prayed for forgiveness “when unintentional errors in judgment are forthcoming.”