US seeks to deport thousands of Vietnamese protected by treaty: former ambassador 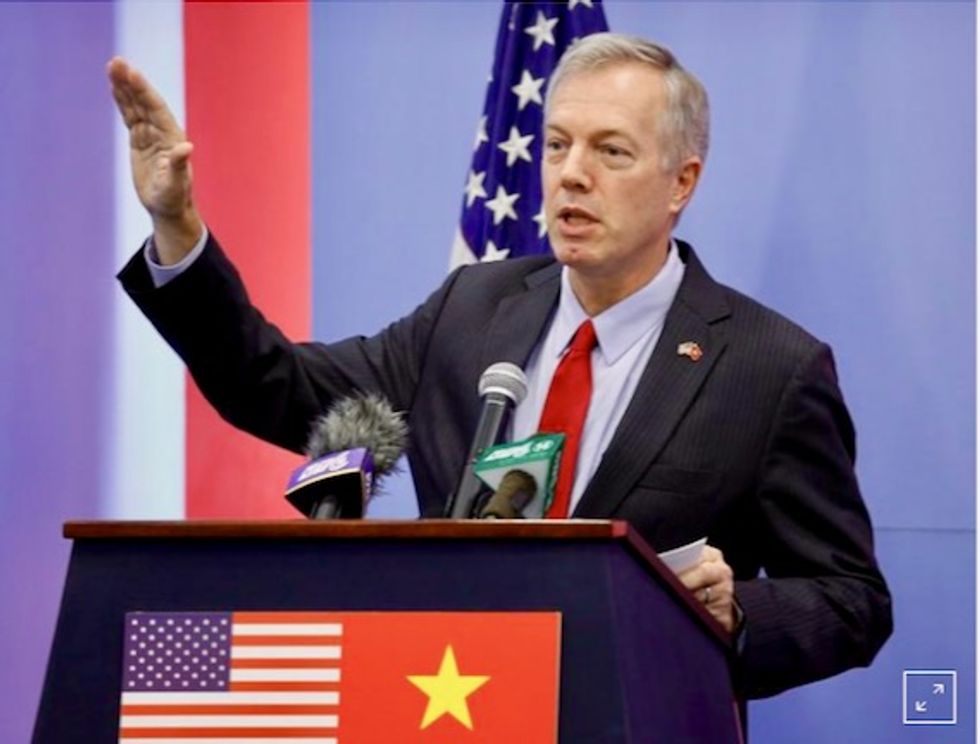 The United States is seeking to send thousands of immigrants from Vietnam back to the communist-ruled country despite a bilateral agreement that should protect most from deportation, according to Washington’s former ambassador to Hanoi.

A “small number” of people protected by the agreement have already been sent back, the former ambassador, Ted Osius, told Reuters in an interview.

Osius said that many of the targeted immigrants were supporters of the now defunct U.S.-backed state of South Vietnam, and Hanoi would see them as destabilizing elements.

“These people don’t really have a country to come back to,” he said. Many of those targeted would have come to the United States as refugees after the end of the Vietnam War.

Osius said the push by the Trump administration started in April last year and contributed to his resignation in October.

A U.S. Immigration and Customs Enforcement (ICE) spokesman, Brendan Raedy, said that as of December last year, there were 8,600 Vietnamese nationals in the United States subject to deportation and “7,821 have criminal convictions”.

The Trump administration has labeled Vietnam and eight other countries “recalcitrant” for their unwillingness to accept their deported nationals back.

The Vietnamese immigrants, most of whom are legal U.S. residents but not citizens, are in a unique position, however.

Osius said the Trump administration had threatened to withhold privileges for Vietnamese officials to the United States and link the issue to trade between the two countries.

He said some immigrants had been involved in serious crimes. But, he added, “there was an agreement in 2008 that the cases between 1975 and 1995 would be left alone”.

Raedy, the ICE spokesman, did not specify the reason those without criminal convictions had been targeted, but immigrants living in the United States without legal status are also subject to deportation.

The White House declined to comment on the deportations.

Katina Adams, a spokeswoman for the State Department’s East Asia bureau, said the U.S. and Vietnamese governments “continue to discuss their respective positions relative to Vietnamese citizens who departed Vietnam for the United States”.

A senior Vietnamese official confirmed that Hanoi was “in discussions” with the United States over the issue.

“Those we need to accept”.

Hanoi has objected to Washington’s insistence on the deportations, Osius said in the interview in Ho Chi Minh City, where he is now vice president of Fulbright University Vietnam.

“There was resistance on the Vietnamese side because these folks would make trouble,” he said. “They’d be worried about them being destabilizing actors in this country”.

Osius said he warned the administration that its stance could threaten hard-won and deepening ties with Hanoi. He said he was worried that Washington was determined to go through with the deportations, “even if it meant torpedoing the security relationship, the trade relationship”.

According to ICE figures, 71 Vietnamese people were deported to Vietnam last year, compared to 35 in 2016, and 32 in 2015. The figures do not state when the deportees arrived in the United States.

Up to 2 million refugees left Vietnam after the war, many escaping reprisals against those who had worked for the government of South Vietnam. In the spring of 1975 alone, some 125,000 people left the south for the United States. Thousands more resettled there in later years.

In January, Vietnam listed a U.S.-based group still loyal to South Vietnam as a terrorist organization, and jailed four people for 7-to-12 years for flying the South Vietnamese flag.

Last September, Osius wrote to then Secretary of State Rex Tillerson, asking him to reconsider the policy.

In November, after Osius had resigned, Tillerson wrote back to say that the “status quo on repatriation cannot continue” and that Vietnam needed to take back more deportees. The cable was reviewed by Reuters.

Additional reporting by David Brunnstrom in WASHINGTON and Daniel Levine in SAN FRANCISCO; Editing by Sue Horton and Philip McClellan