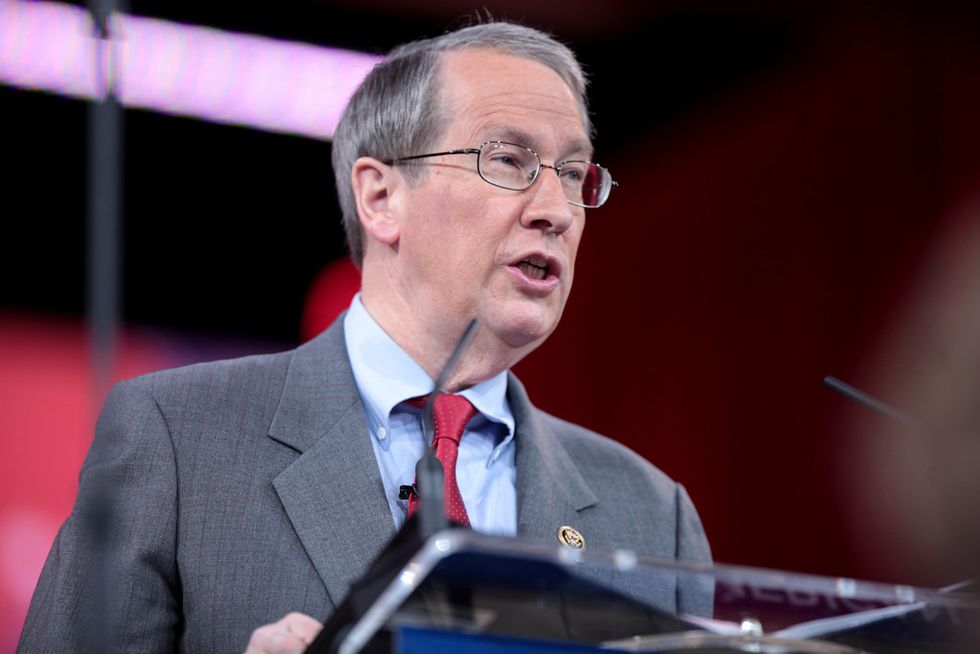 A man in Roanoke County, Virginia has been arrested after making threats against the life of Rep. Bob Goodlatte (R-VA) in a series of tweets.

The Roanoke Times reported Friday evening that 38-year-old Christopher Michael McGowan is being held under federal charges of transmitting a threat, though he claimed he owns no weapons and had no intention of carrying out the threat.

According to the report, McGowan's tweets that specifically threatened Goodlatte, the chairman of the House Judiciary Committee, appeared to be politically motivated.

"Dear, any law enforcement agency," one tweet read, according to court papers reviewed by the Roanoke Times. "I am a veteran Army officer and am fully qualified and capable to kill. Should Trump fire Mueller illegally and @BobGoodlatte6 fail to impeach him I will consider Bob an enemy combatant and arrest him. If he resist I will kill him."

McGowan, who was arrested after Goodlatte's office called the police, told authorities he was intoxicated when he posted the tweets and that he hoped they would "get someone’s attention over his concerns about the current status of our country."