As Wall Street sinks, Trump is his own worst enemy 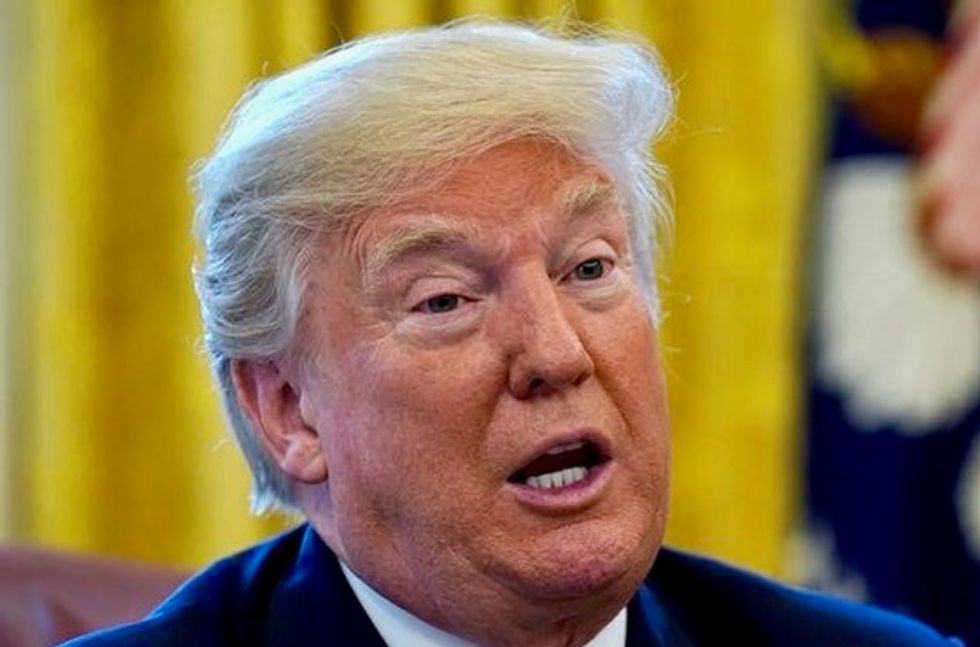 As far as the stock market is concerned, U.S. President Donald Trump is, right now, his own worst enemy.

The president - who frequently touted Wall Street’s rally following his 2016 election victory - was partly blamed for a sharp stock selloff on Monday that investors believe is likely to continue, deepening cracks in a nine-year-old bull run.

The selling was sparked by escalating fears of a trade war as China slapped tariffs on a host of U.S. goods as Trump prepares to impose tariffs of more than $50 billion on Chinese imports, and by Trump’s renewed criticism of Amazon.com Inc (AMZN.O).

“The president’s behavior is now beginning to impact the capital markets - both the averages and individual equities,” said Doug Kass, president of Seabreeze Partners Management in Palm Beach, Florida.

Particularly worrisome to investors on Monday: more weakness in the tech sector, which led the market up in recent months, and a breach below a major S&P 500 technical level.

In a Twitter post, Trump attacked Amazon for a second time in three days over the pricing of its deliveries through the United States Postal Service and promised unspecified changes.

Amazon’s stock slumped 5.2 percent and led the S&P 500 and Nasdaq down, pressuring other high-growth, technology-related stocks, including Microsoft Corp (MSFT.O), Apple Inc (AAPL.O) and Facebook Inc (FB.O). Outcry in recent weeks over Facebook’s handling of data about its users has shaken the tech sector with fears of greater governmental oversight.

“(One) big factor is Trump further going after the tech sector, namely Amazon,” said Tom di Galoma, managing director at Seaport Global Holdings in New York. “It casts a shadow effectively around all of the tech sector.”

The selloff in technology-related stocks was seen as a particularly worrisome sign for investors who have banked on that sector continuing to drive the broader market.

Technology stocks have been widely viewed in recent months as a “crowded trade” - with most investors having the same opinion, increasing the potential for a volatile selloff if sentiment changes.

“What we’ve learned over the past two weeks is just how overweight investors were in technology,” said Nicholas Colas, co-founder of Datatrek Research, New York.

Investors saw more selling pressure ahead, particularly after the S&P 500 .SPX dipped below a major technical level, the 200-day moving average, for the first time since Britain voted to leave the European Union in June 2016. The index closed at 2,582, for a year-to-date decline of 3.4 percent.

“We have been pounding on the 200-day for the last six sessions and now we’ve broken through,” said Randy Frederick, vice president of trading and derivatives for Charles Schwab in Austin, Texas. There may be support around the 2,537 level, he said, “but then below that we may be looking at 2,500 or so again, which is pretty scary.”

In Trump’s first year as president, the S&P 500 surged 24 percent on bets he would boost the economy with fiscal spending, deregulation and deep tax cuts. Trump tweeted frequently about the stock market as it rallied through 2017. But since a selloff in February, he has been noticeably silent.

But this bull market has frequently staged swift recoveries, and some were poised for opportunity.

“I’m taking advantage of these markets and am heavily overweighted financials and banks,” said David Kotok, chairman and chief investment officer Of Cumberland Advisors in Sarasota, Florida. “I didn’t buy today, we’re in freefall, but I might tomorrow.”