Here is how to win an argument with a flat earther 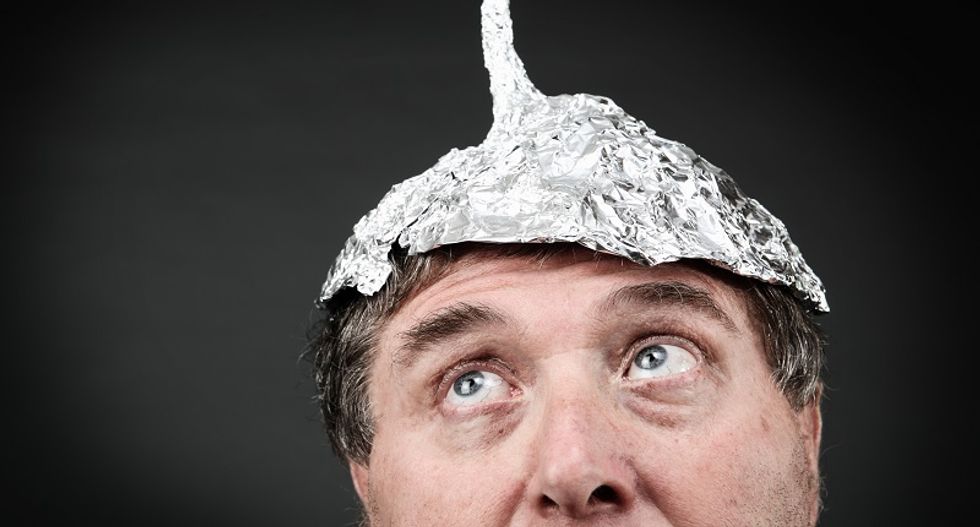 Thinking that the earth might be flat appears to have grown in popularity in recent years. Indeed, flat earthers are gathering for their annual conference this year in Birmingham, just two miles from my own university.

But the earth isn’t flat. Unsurprisingly, this isn’t hard to prove. But as scads of YouTube videos demonstrate, these proofs fail to convince everyone. A glance at the comments show there’s still vitriolic disagreement in some quarters.

Philosophy can explain why. Consider one, standard, flat earth line: “Can you prove the world is round?” Maybe you point to the (often artificially assembled) photos of Earth from space. Or possibly you rely on the testimony of astronauts. The flat earther knocks it all back. The standard of proof is higher, they say. You haven’t been to space. You haven’t seen the round earth.

Perhaps you then start to appeal to science. But unless you’re unusual, you probably don’t know all of the details of the scientific proofs – is it something to do with ships and horizons? Or eclipses? And even if you know the details, unless you’ve indulged existing flat earth literature you are unlikely – right here, right now – to be able to cogently, concisely and comprehensively respond to the lengthy rebuttals flat earthers will give to each and every scientific proof.

You could double down. Getting knee deep in the vloggersphere, you might learn the details of the scientific proofs as well as painstakingly spelling out each error in every flat earther’s rebuttal.

I recommend against doing that. I recommend letting philosophy do the work. I recommend “epistemic contextualism”. To understand what this is, we first must understand a familiar idea: context shift. Consider the sentence “I’m tall”. Surrounded by five year olds at a rollercoaster park, the sentence is true – after all, I can get on all the rides and they can’t. But at the try-outs for the Harlem Globetrotters, my measly 5’11" won’t cut it. So in that context, the sentence is false. Tallness is contextually sensitive. And it makes no sense to further ask whether I’m really tall or not. It only makes sense given a particular context.

That said, I claim the flat earther is doing a “Phoebe”. In one episode from Friends, Phoebe and Ross argue about evolution. Ross piles on the evidence thick and fast. Finally, Phoebe loses her temper. Can he be so unbelievably arrogant, she asks, that he can’t admit the slightest chance that he might be wrong? Sheepishly, Ross agrees that there might be a chance. Suddenly, Phoebe has him – Ross’s admission destroys his worldview. He’s a palaeontologist and, having admitted he can’t be sure about evolution, how can he “face the other science guys”?

Phoebe has (humorously) shifted context. Ross’s proof starts off relying on fossils in museums, books and articles on evolutionary biology, and so on. But Phoebe moves him to a “sceptical context” in which if there’s a hint of doubt about something – any possibility that you might be wrong – then you don’t know it at all.

Flat earthers are pulling the same trick. They’re right that you don’t know the earth is round. But they’re only right in a context where testimonies of hundreds are disregarded, where widely accepted facts among the scientific community don’t count, where photographic evidence is inadmissible, and so on.

The flat earther’s argument is framed in a context where you can’t set aside the possibility that there’s a pervading global conspiracy – albeit one which somehow intermittently leaves glaring errors which give them away. In that context, you don’t know the earth is round. But in that context, nobody knows much at all and so this conclusion is simply unsurprising.

In the more everyday contexts that we care about, we can rely on testimony. We can rely on the fact that every educated physicist, cartographer and geographer never pauses to think the earth might be flat. And we are correct to rely on these things. If it was incorrect, we’d never get treated at hospitals – for in a context where we can’t trust the established laws of physics, how could we trust the judgements of medical science?

So do you know whether the earth is round? It turns out it depends on context. But in most regular contexts then, yes, you do. And that’s even though I doubt most people could prove it, right here and now.

By Nikk Effingham, Senior Lecturer in Philosophy, University of Birmingham