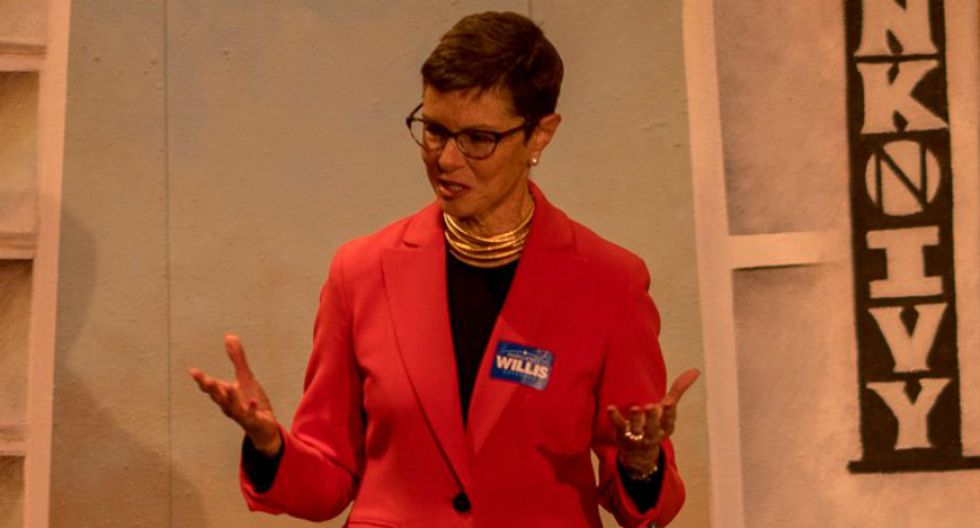 Democratic gubernatorial candidate in South Carolina took on President Donald Trump directly by calling him a racist in a new campaign ad.

"There is no doubt in my mind that Donald Trump is a racist," candidate Marguerite Willis said in the ad released on Tuesday. "He's a horrible racist. He's the worst kind of racist, which is a racist who pretends he isn't a racist."

Willis, an antitrust lawyer who works in the state capitol of Columbia, vows to protect South Carolinians from the "racist and sexist" man in the Oval Office. As the Charleston Post-Courier noted, she did not mention any of her opponents, both Democrat or Republican, by name.

The Post-Courier also noted that current South Carolina's Republican governor, Henry McMaster, "has repeatedly aligned himself with the president, and most recently did so in a campaign ad released last month."

"We finally have a president in the White House who believes in the people of our country — creating good-paying jobs and giving opportunity to people everywhere," McMaster said in his video. "We must do the same in South Carolina."

Willis, on the other hand, declared in her ad that "we don't need any racists or sexists or any person else who doesn't believe that everyone is a person of dignity running our country or our state."