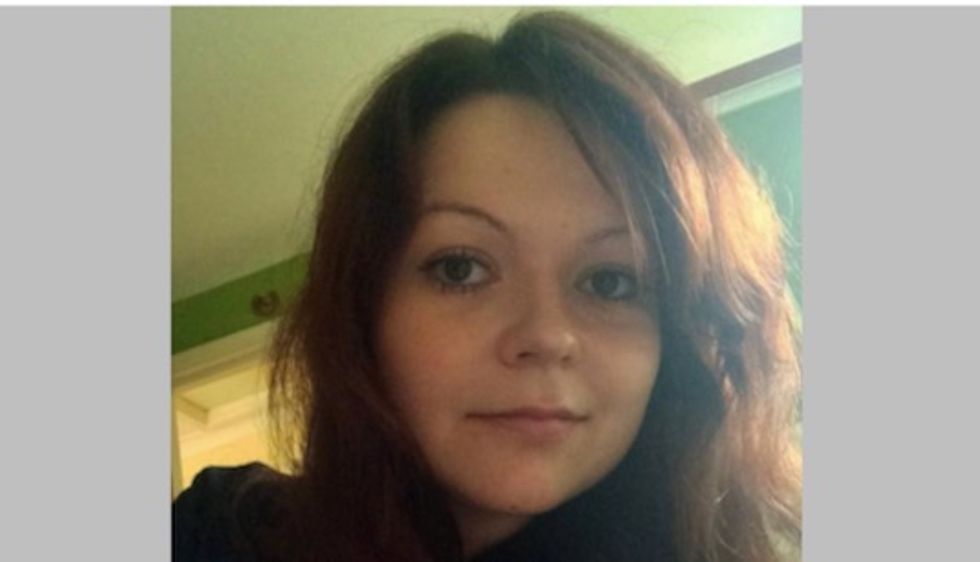 Yulia Skripal has been discharged from hospital more than a month after she was poisoned by a military-grade nerve agent together with her father, a former Russian spy, the English hospital treating them said on Tuesday.

Yulia and Sergei Skripal, 66, a former colonel in Russian military intelligence who betrayed dozens of spies to Britain’s foreign intelligence service, were found unconscious on a public bench in the English city of Salisbury on March 4.

With Britain accusing Russia of being behind the nerve agent attack, the affair has blown up into one of the biggest Russia-West crises since the Cold War.

Britain, the United States and other Western governments have expelled scores of Russian diplomats while Moscow has retaliated in kind. Russia denies any involvement in an attack on the Skripals.

The couple were in a critical condition for weeks and doctors at one point feared, even if they survived, they might have suffered brain damage. But the Skripals’ health since then has begun to improve rapidly.

Yulia, 33, has been discharged from Salisbury District Hospital, Christine Blanshard, medical director of the hospital, told reporters and her father could be discharged in due course.

“We have now discharged Yulia,” Blanshard said. “This is not the end of her treatment, but marks a significant milestone.”

“Her father has also made good progress,” Blanshard said. “On Friday I announced he was no longer in a critical condition. Although he is recovering more slowly than Yulia, we hope that he too will be able to leave hospital in due course.”

Yulia has been taken to a secure location, the BBC said.

Russia has denied Britain’s charges of involvement in the first known offensive use of such a nerve agent on European soil since World War Two and suggested Britain carried out the attack itself to stoke anti-Russian hysteria.

Both Moscow and London have accused each other of trying to deceive the world with an array of claims, counter-claims and threats.

Blanshard, a doctor with 25 years experience, said nerve agents work by attaching themselves to particular enzymes in the body that then stop the nerves from functioning. She said this had resulted in sickness and hallucinations.

Giving the first details about the medical treatment of the Skripals, Blanshard said doctors had first sought to stabilize them to ensure that they could breathe and that blood could circulate.

“We then needed to use a variety of different drugs to support the patients, until they could create more enzymes to replace those affected by the poisoning,” she said. “We also used specialized decontamination techniques to remove any residual toxins.”

She did not say when Yulia had been discharged but the BBC said she had left hospital on Monday night and was now in a safe place.

British Prime Minister Theresa May said the Skripals were poisoned with Novichok, a deadly group of nerve agents developed by the Soviet military in the 1970s and 1980s.

Russia has said it does not have such nerve agents and President Vladimir Putin said it was nonsense to think that Moscow would have poisoned Skripal and his daughter.

“We congratulate Yulia Skripal on her recovery,” the Russian embassy in London said. “Yet we need urgent proof that what is being done to her is done on her own free will.”

The attack prompted the biggest Western expulsion of Russian diplomats since the height of the Cold War as allies in Europe and the United States sided with May’s view that Moscow was either responsible or had lost control of the nerve agent.

But Moscow has hit back by expelling Western diplomats, questioning how Britain knows that Russia was responsible and offering its rival interpretations, including that it amounted to a plot by British secret services.

Sergei Skripal, who was recruited by Britain’s MI6, was arrested for treason in Moscow in 2004. He ended up in Britain after being swapped in 2010 for Russian spies caught in the United States.

Since emerging from the John le Carre world of high espionage and betrayal, Skripal lived modestly in Salisbury and kept out of the spotlight until he was found poisoned.