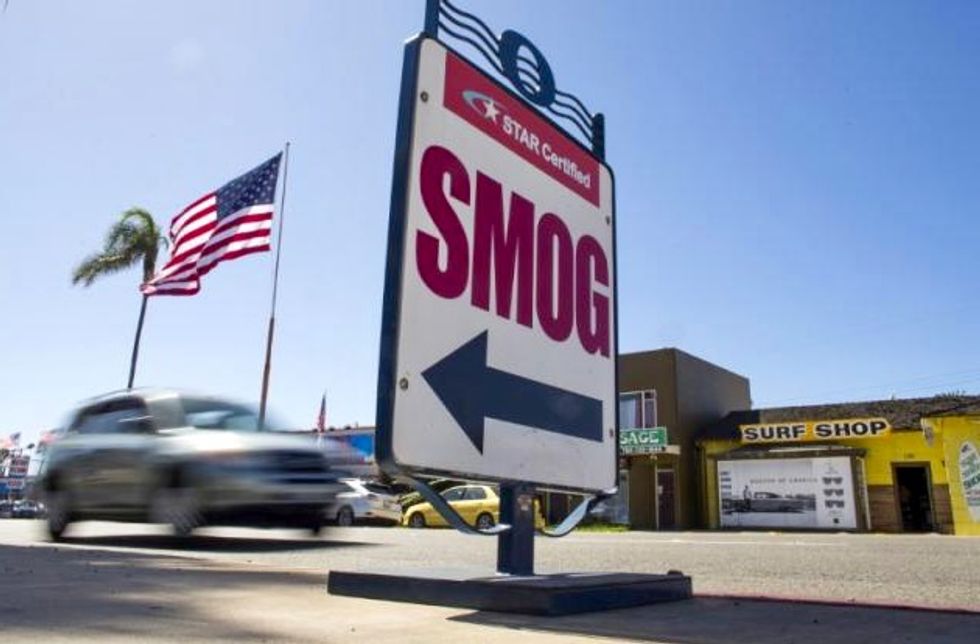 California and a group of 16 other states on Tuesday challenged the Trump administration’s decision to revise strict U.S. vehicle emissions and fuel efficiency rules put in place under former President Barack Obama.

The legal challenge comes as Democrats and environmental advocates vow to aggressively challenge the Trump administration’s plans to weaken the vehicle rules touted by the Obama administration as one of its biggest climate actions.

EPA chief Scott Pruitt said standards on model year 2022 to 2025 vehicles should be revised, reversing a decision on tighter standards put in place by the Obama administration in January 2017.

The U.S. Transportation Department has drafted a proposal likely to be made public this month that would freeze vehicle requirements at 2020 levels through 2026. The proposal could formally go to the White House for review later this week.

Reuters has reported the draft would assert that a 1975 law bars California from imposing its own state emissions rules, as it has long done nonetheless under a series of Clean Air Act waivers.

New York, Illinois, Washington, Massachusetts, Iowa, Virginia, New Jersey, Maryland, other states and the District of Columbia are among those suing. Brown said the states and DC cover 140 million Americans, or 40 percent of the country.

The states argue that the EPA acted arbitrarily and capriciously, failed to follow its own regulations, and violated the Clean Air Act.

The Obama rules adopted in 2012 sought to double average fleet-wide vehicle fuel efficiency to about 50 miles (80 km) per gallon by 2025, but included an evaluation due by April 2018 to determine if the rules were appropriate.

Adjusting for a shift in consumer demand to larger vehicles, the current rules are projected to hike fuel efficiency to a fleetwide average of 46.8 miles per gallon by 2026, according to a letter sent Tuesday by Senator Tom Carper to Pruitt and Transportation Secretary Elaine Chao.

Carper said that, according to a draft proposal he obtained, the administration favors freezing standards through 2026 and that would result in a fleetwide average of 37 mpg by 2026.

Carper said the draft shows the administration’s preferred alternative would result in Americans using 206 billion more gallons of gasoline through 2050 versus the current standards.

The Trump administration plans to argue the weaker rules will lead to cheaper vehicles, boost sales and employment and improve safety by prodding faster turnover of older vehicles, people briefed on the matter and Carper’s letter said.

In March 2017, Trump suggested he would soften the mandates. “The assault on the American auto industry is over,” he told autoworkers.

California Air Resources Board chief Mary Nichols told Reuters last month that a group of states was considering the legal move, but it does not mean they could not still try to reach agreement with automakers and the federal government.

“We can sue and talk at the same time,” Nichols said.

Former New York Mayor Michael Bloomberg praised the states’ lawsuit and said the Trump administration could not stop Americans from working to improve the climate. “The EPA would have better luck trying to require horse-and-buggies than they would trying to stop the push for cleaner vehicles,” Bloomberg said in a statement.