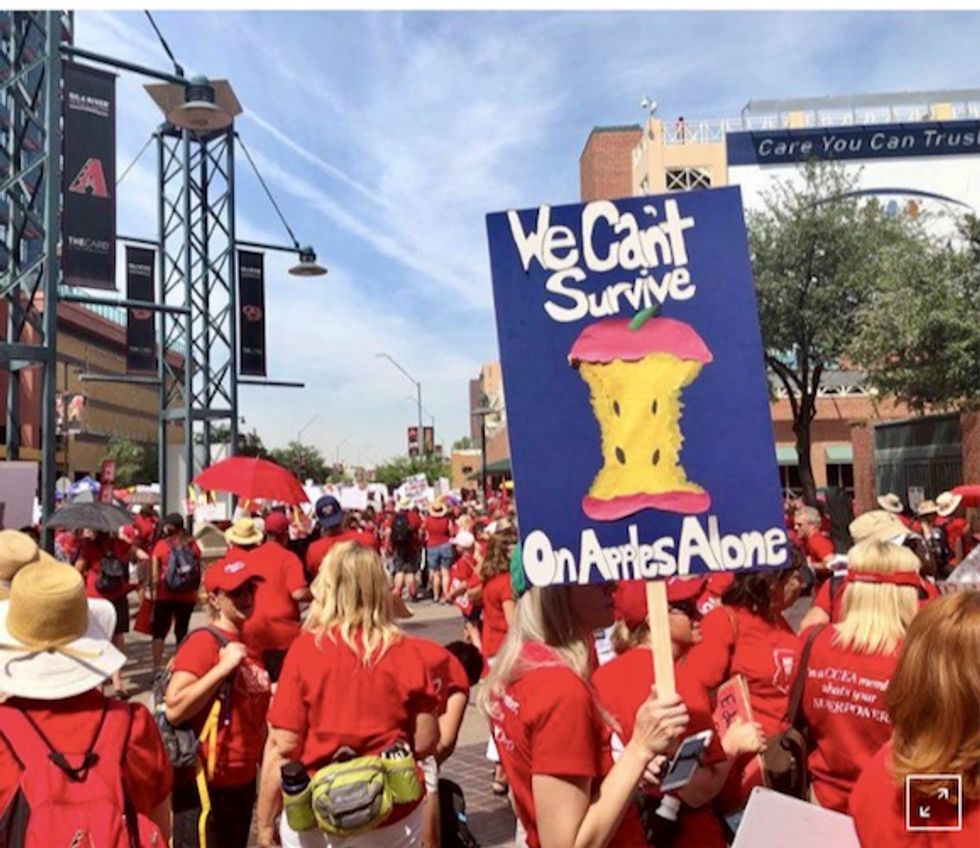 Arizona teachers pledged to end an historic, week-long walkout as soon as Thursday if the Republican-controlled legislature approves a budget giving a 20 percent pay rise, although teachers also said the spending package did not go far enough.

As lawmakers prepared to work into the night, Arizona Governor Doug Ducey said he was ready to sign a deal to end a statewide protest that has kept most of Arizona’s 1.1 million public school students out of class since April 26 and tested the patience of parents.

The week’s marches by tens of thousands were the largest statewide educator walkout in U.S. history, activists said. The Arizona protests were part of a national teacher uprising that began in West Virginia and spread to other Republican-controlled states, including Kentucky and Oklahoma.

Teachers have demanded states reverse constraints on salary and funding that were imposed when tax revenues ran short during the U.S. recession that ended in 2009.

“Arizona’s economy is thriving,” the governor tweeted on Tuesday. “We have the revenue to give our teachers a 20% pay increase, and restore recession-era cuts to K-12. Let’s get this done. #20x2020”

Teachers said the plan would end the walkout, but they also want more classroom resources, higher pay for support staff and a promise of no new tax cuts until state per-student funding is brought up to the national average.

Spokesmen for the House and Senate said lawmakers were expected to work until late on the budget.

“We expect a long day and hope to make progress on the budget,” said Matt Specht, spokesman for House Speaker J.D. Mesnard.

The Arizona pay deal would provide an extra $371 million in school funding over five years.

Arizona teachers criticized the budget plan but said students needed them back.

“The win isn’t there until we restore the 1.1 billion dollars that has been cut...”We have moved (the governor) further than anybody could have imagined,” Karvelis said. “The war is not over but we’ve won an important battle to move the legislature this far.”

Red-clad teachers chanted the name of their national movement, “Red For Ed,” outside the state capitol in Phoenix for a fifth day to keep up pressure for their demands.

Backers of the “Invest in Education Act” were collecting signatures to put a $690 million tax increase on high-wage earners before voters in November to provide steady funding for education.

Conservative groups have threatened to sue school districts over what they call an illegal strike in a state where public employees are not allowed to walk off the job.

A small counter-movement #PurpleForParents, has accused the teachers of being “greedy.”