Black gay man wins Penn. primary in spite of anti-gay flyers appearing on the eve of his election 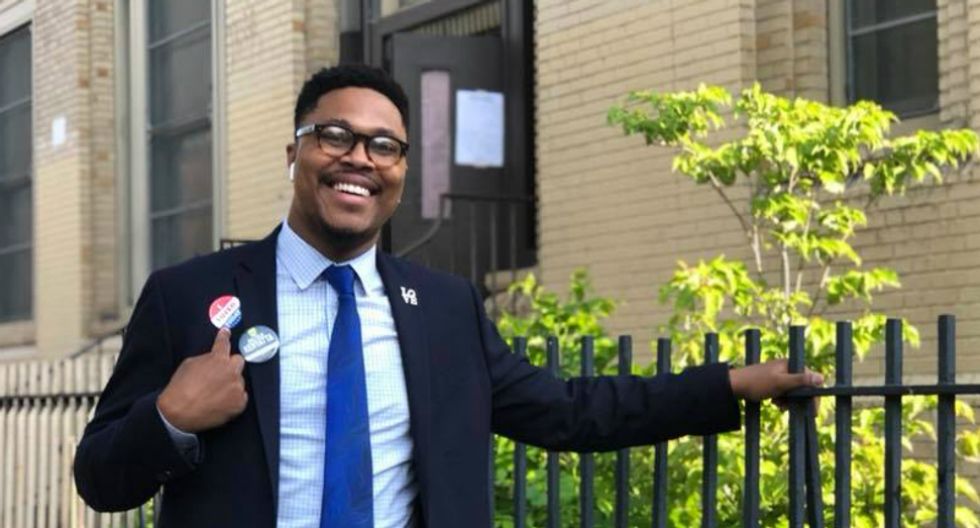 A black gay candidate for the Pennsylvania state House of Representatives won his primary bid on Tuesday — in spite of an opposing group printing and distributing homophobic flyers on the eve of his election.

Philadelphia Magazine reported Wednesday that candidate Malcolm Kenyatta's Democratic primary win was historic because he's the first openly gay candidate of color to do so. The win came after flyers of Kenyatta and his husband hugging each other circulated with a message encouraging North Philly to "say no" to the gay candidate.

The 27-year-old third-generation Philadelphian beat out four opponents, including the cousin of the retiring 15-term incumbent. Another of his opponents was another gay black candidate, Philadelphia politico Alex Deering.

Kenyatta will face Republican candidate T. Milton Street in November, who was unopposed in the GOP primary. Philly Mag noted that Kenyatta is likely to win in November given the city’s Democratic-voting electorate, as is Rep. Brian Sims, the first and only openly-gay member of the Pennsylvania state House who also won his primary.