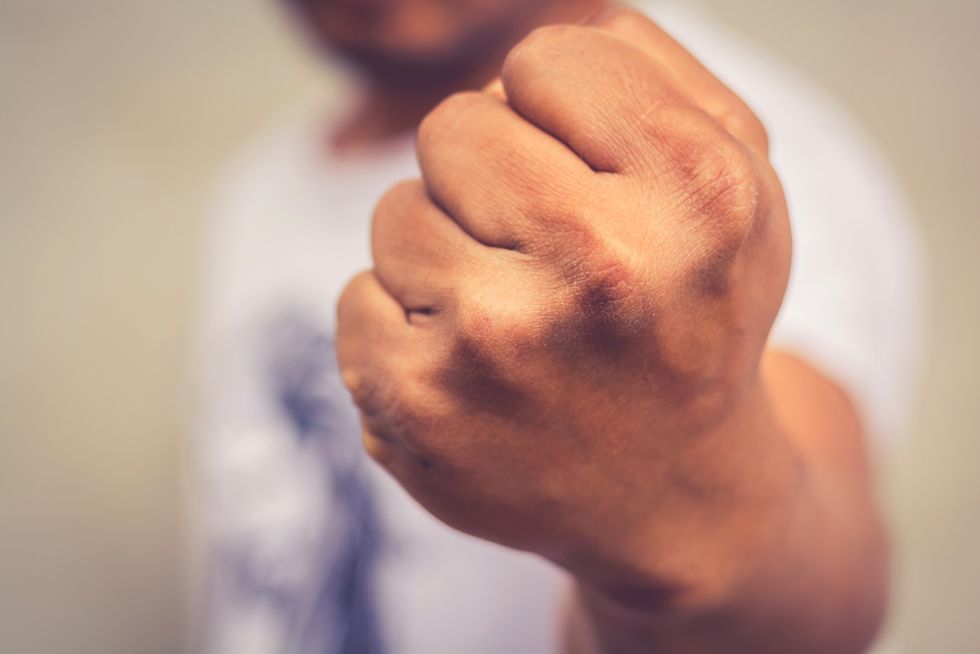 A man holding a clenched fist up to the camera (image via Shutterstock).

Parents are outraged after a fight fueled by racial slurs broke out at Mars Area High School in Pittsburgh, according to CBS.

After using the N-word around school a black student punched a white student in his face sending him to the hospital.

However, parents and students are upset about the way the school decided to punish both students. The Black student was suspended for five days while the White student has not faced any disciplinary actions.

“I think kids, I mean, when they get bullied so much, they just get to the point where they feel nothing’s being done, they have to take matters into their own hands,” parent Carlee Valiknac said. "Sad, I mean, it’s pretty much like a hate crime, and it should be treated like one."

The school is investigating the situation and told parents in a letter on Monday that "appropriate discipline will be pursued after the investigation is complete.”

“I thought it was ridiculous that nothing was done ahead of time because it could have been prevented all of the stuff that went down because it wasn’t just a one-time thing with him,” Valiknac said.

On Tuesday, The Mars Area School District Board of Education, hosted a meeting for the parents. Several parents expressed their frustrations with the school.

“The district must change. There must be diversity,” one parent told school officials.

Senior Shaun Birch said: “The student who did the pushing and who had been harassed for months got suspended for three days, and the harasser got a warning. This same student is the one who all this controversy is about."

To show unity in the school teachers decided to wear green in solidarity.

The school's superintendent declined to comment on the situation.