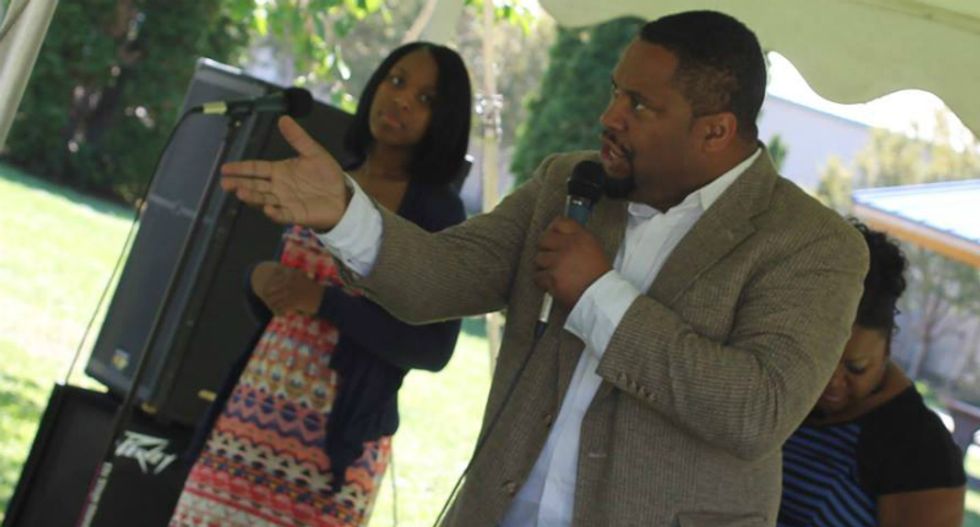 After his predominantly African American church was vandalized with white supremacist messages and imagery, the reverend at Clinton, Iowa's Bethel AME Church is relying on his faith to get his congregation through the fear the vandalism instilled.

Bethel's Rev. Jerry Drake told ABC affiliate WQAD that the hateful messages — which included swastikas, racial slurs and references to Adolf Hitler and the phrase "we must secure the existence of our people and a future for white children" — were clearly targeting his race and that of the church's congregation.

This is the first time Bethel AME has been targeted with such vandalism in Drake's 14-year history in Clinton, and Drake said the church will take extra precautions to ensure there's no repeat, but that he won't bar anyone from attending the church.

"We’re being more cautious, installing security cameras,” the reverend told WQAD. “We are just going to be aware of who comes in and out of the church. You have to take it really serious with everything that is going on today."

As local police investigate the vandalism as a potential hate crime, Drake said he won't allow the racists who defaced Bethel AME to shut them down.

"We won’t allow a hateful person to strike fear in their hearts of those who trust in the Lord," the reverend said.