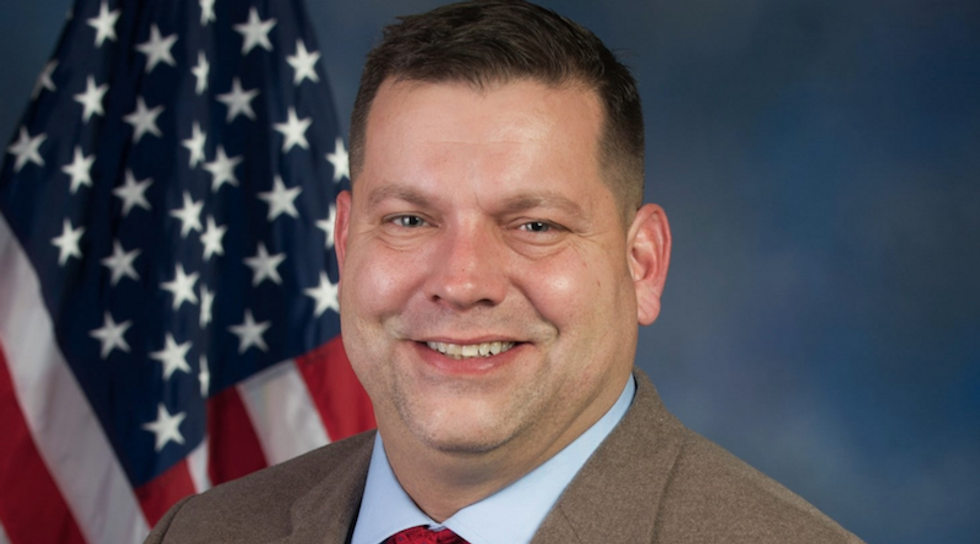 Tom Garrett is retiring after one term/Screenshot

A Republican member of the House of Representatives from Virginia will not seek re-election, announcing that he is an alcoholic and wants to pursue treatment, the Washington Post reports.

Thomas Garrett (R-Va.) represents a district in the center of the state and is facing a tough challenge from writer Leslie Cockburn. Garrett said now is the time to get treatment for his alcoholism. Garrett’s chief of staff, Jimmy Keady, had resigned last week. Garrett has faced allegations that he used staffers to complete chores like driving his daughters and cleaning up his dog's poop.

“Any person — Republican, Democrat or independent — who has known me for any period of time and has any integrity knows two things: I am a good man and I’m an alcoholic,” Garrett said in a video. “This is the hardest statement that I have ever publicly made by far. It’s also the truth.”

Garrett made the announcement with his wife and baby daughter by his side.

“Sometimes winning means knowing where your priorities should be," he said. "My devotion to the ideals and beliefs in America has not wavered, but my commitment to be the best husband, father and friend means addressing the only truth I’ve been heretofore unwilling to tell. God has blessed America, and he’s blessed me. I am not dying. I am starting anew with work and dedication."