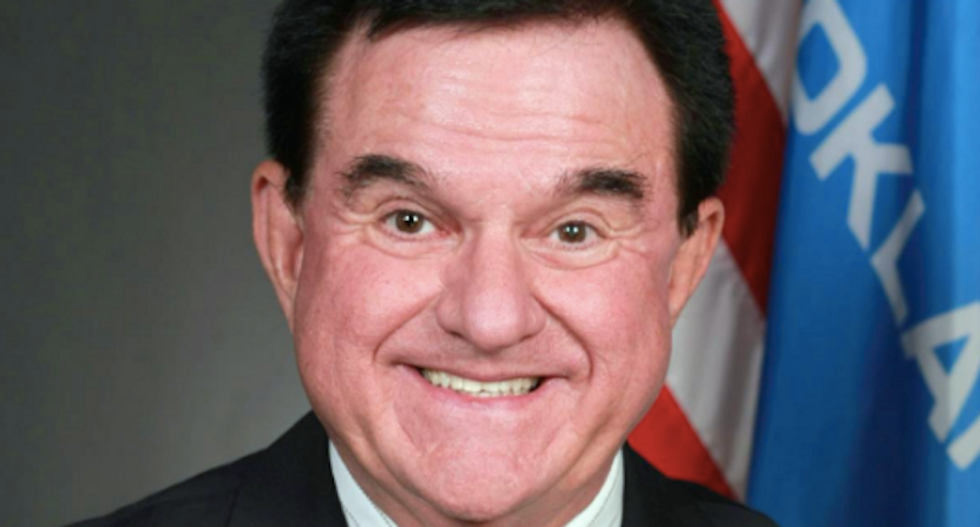 An Oklahoma Republican has been removed from the rolls of the Disabled American Veterans charity after two fellow GOP lawmakers revealed he had never been wounded in military service.

A letter was sent Monday to state Rep. Mike Ritze (R-Broken Arrow) by the DAV notifying the lawmaker that he had been removed from the organization's membership rolls and asking him to stop referring to the group in his biographical information, reported the Tulsa World.

Ritze has been wearing a DAV cover, or hat, with a Purple Heart insignia, which implies he's a member of the group and has been awarded the medal.

McDugle contacted the FBI, which found Ritze had served in a reserve unit but was not wounded.

The lawmakers then looked into other aspects of Ritze's background, including his suggestion that he had been an Eagle Scout.

Ritze stood up when Eagle Scouts came to the House floor, but McDugle said he called the national organization -- which had no record of the GOP lawmaker.

"When I went to Dr. Ritze, I said, 'Listen, they don’t have a record of you being an Eagle Scout,'" McDugle told KFOR-TV. "[He’d answer] 'Oh, I was in so long ago, they probably lost my paperwork.'"

Ritze's campaign website shows he joined the Oklahoma National Guard in 1977 and transferred to the U.S. Army Medical Corps, and he received an honorable discharge.

He was given a certificate of appreciation this year from disabled veterans, the website says.

McDugle, who served eight years with the U.S. Marine Corps in a variety of roles, called the situation a case of stolen valor.

“It is a big deal,” McDugle said. “It is an honor situation. The idea is: Why portray himself as something he is not? It calls into question everything else he does.”

West served nine years in the U.S. Army, and he was awarded a Purple Heart from a firefight in Iraq in 2003 -- where he was shot in the stomach and both legs and sustained a traumatic brain injury.

“It is very personal when people embellish their service,” West said. “I take issue with it.”