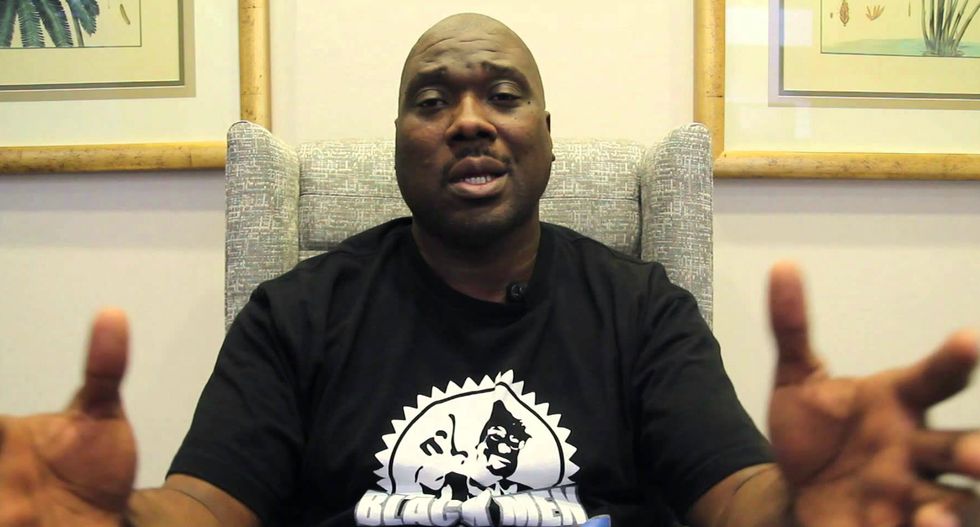 A reporter for Breitbart News courted a black Bernie Sanders campaigner to switch allegiances to Donald Trump in 2016 — and then convinced him to work for the right-wing website and encourage his fellow African American voters to sit out the presidential election.

Bloomberg News reported Tuesday that Bruce Carter, the founder of Black Men for Bernie, revealed his story to the website after falling out with his former employers when they ceased paying him in the weeks following the 2016 election. At the time, he genuinely believed Trump would rehabilitate urban communities in ways he thought the Democratic Party failed to do.

After being recruited by Breitbart reporter Dustin Stockton, Carter told Bloomberg that the message Breitbart hired him to send was simple: "If you can’t stomach Trump, just don’t vote for the other people and don’t vote at all."

"Trump vastly outperformed the projection models in the 12 areas Bruce was targeting," Stockton told Bloomberg, citing areas in Pennsylvania, North Carolina and Florida. “I never like telling people not to vote. But from a tactical and strategic position, we looked at it: If you could get them to vote for Trump, that was a plus two."

Carter founded a group named Trump for Urban Communities that, as Bloomberg noted, "never disclosed its spending to the Federal Election Commission—a possible violation of election law." Carter told the website that at the time, he was under the impression he worked for the Trump campaign and therefore would not have had to report the group's spending.

With the help of the Breitbart reporter, who has since left the company after being told his work with Carter may have been a "conflict of interest," a Dallas financier named Darren Blanton became one of the group's biggest backers — and eventually moved on to work for the Trump transition.

In their investigation, Bloomberg found that other people Carter worked and met with while campaigning for Trump also worked with the presidential campaign and transition, and any potential coordination paired with the former Sanders supporter's potential "in-kind" work on behalf of Trump may have violated campaign finance law as well.

Bloomberg noted that Carter's work for the site and former Breitbart executive Steve Bannon's alleged aims when he hired Cambridge Analytica may have dovetailed in light of a former employee of the data firm telling the Senate that he utilized the company's services to suppress the black vote.