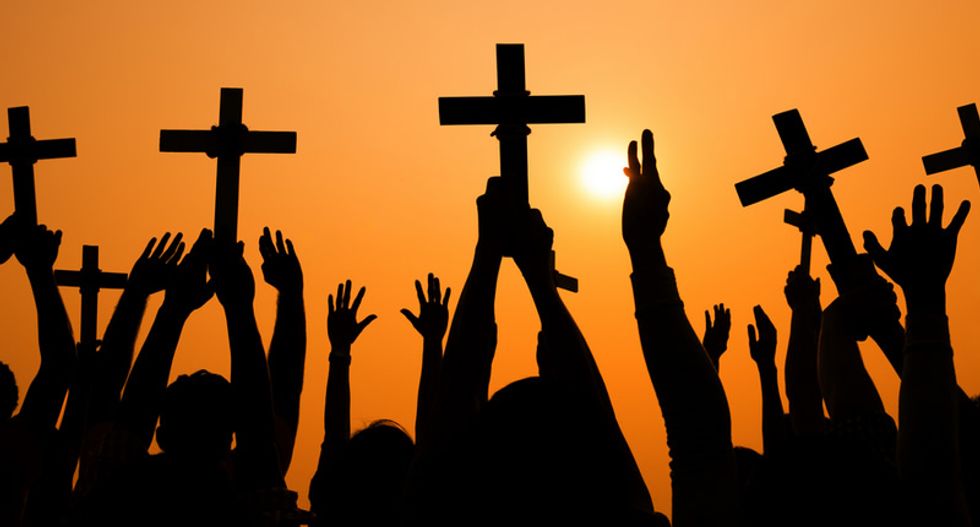 Silhouette of crosses held up at sunset (Shutterstock)

Oftentimes people believe that faith and politics do not coexist, but a new study reveals that they are more intertwined than we think--and assertive Conservative Christians may be doing more harm than good.

The research team stated: "Religious attachments fade in the face of visible Christian right policy victories. There is clear evidence that people—probably those without strong relationships with houses of worship—use the Christian right as a proxy for religion as a whole, and discontinue their religious identities as a result."

The study said that the more politically charged Christians are, the more likely people will disassociate with the faith or not join the religious group altogether.

The research says: "By 2010, a ban (on gay marriage) was in place in 29 states. These states were more likely to be evangelical, and had smaller populations of 'nones' in them in 2006. But by 2010, that gap between the 'nones' in marriage-ban states and those in states with no marriage ban had been cut in half."

The research also stated: "The decision to de-identify and disaffilate with religion are not solely individual, psychological processes.  Rather, that deeply personal shift can be driven by reactions to "specific policy skirmishes that gather public attention and shape decision-making."

The research suggests that Christians should consider their political activism if they want to continue to win souls for the kingdom.