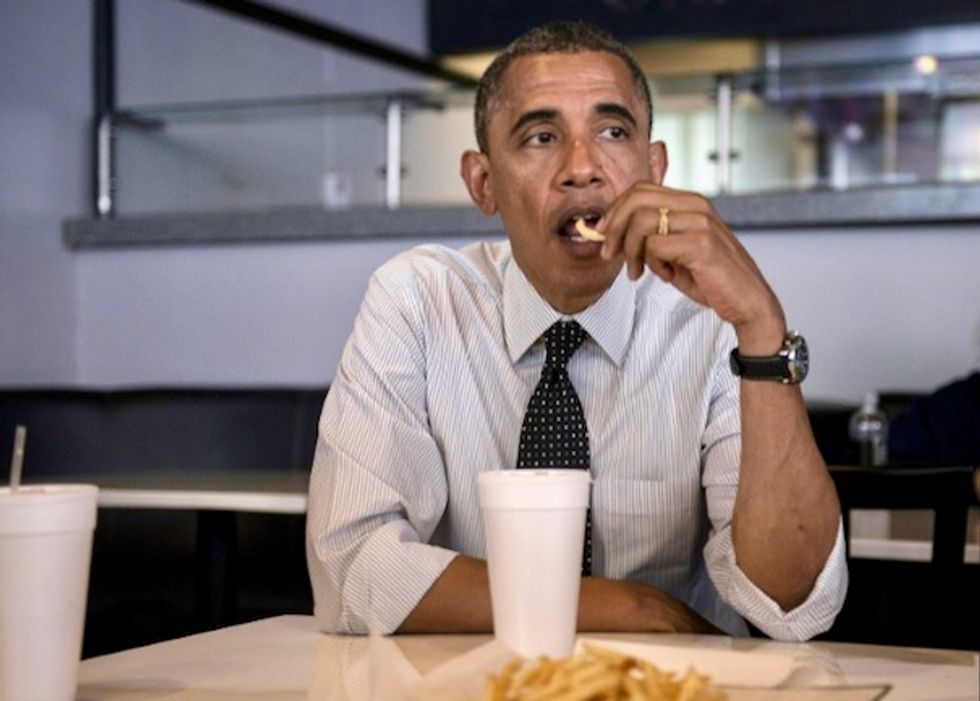 An Obama-era rule requiring thousands of US restaurants, stores and movie theaters to post nutritional information for items on their menus kicked in Monday, reminding Americans they are what they eat.

The calorie-labeling rules were a controversial provision of former president Barack Obama's signature 2010 health care law -- which President Donald Trump has pushed to dismantle -- and their implementation has been postponed several times.

But the Food and Drug Administration announced last year it would press ahead with the regulation, which requires chains with 20 or more locations as well as grocery stores and convenience chains to post calorie counts for standard menu items.

Many major restaurant chains like McDonald's and Taco Bell are already complying with the rule, but the federal government will now require it.

A number of public health advocacy groups as well as the National Restaurant Association have lauded the move, but some industry organizations have lampooned it as inflexible and anti-business.

But Gottlieb emphasized that the FDA has "worked hard to make sure this new rule can be implemented in a way where the information will be maximally beneficial to consumers and the new requirements will be minimally burdensome to restaurants and retail establishments."

"Firms won't need to deal with a patchwork of different requirements for calorie labeling across the country," he added.

Posters, billboards and coupon mailings are exempted, and supermarkets and convenience stores do not have to post calorie information next to each item in self-service buffets and drink stations, Gottlieb said last November.

More than a third of Americans are obese, putting them at higher risk for heart disease, diabetes and some types of cancer.