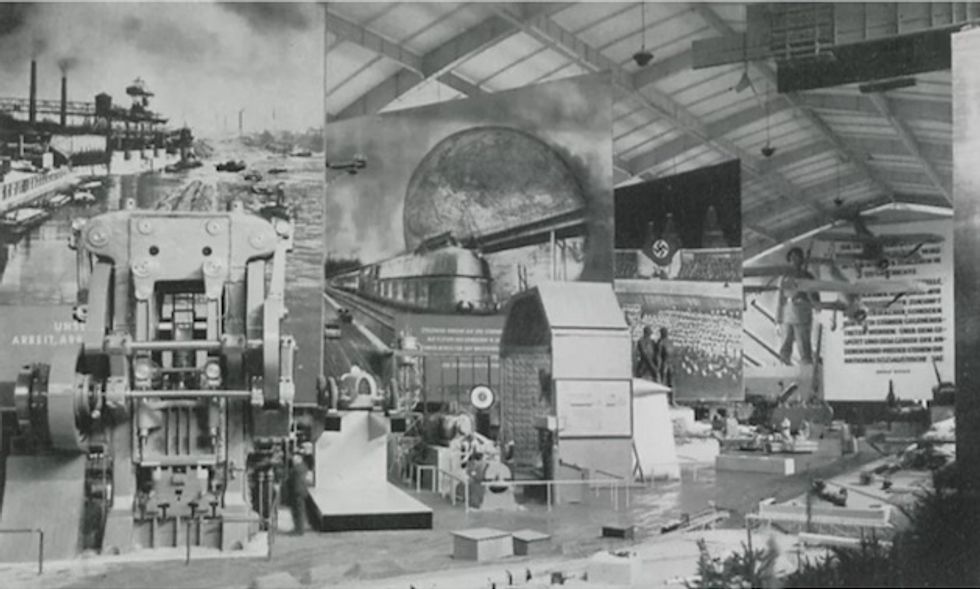 A hall designed by Egon Eiermann for the 1937 exhibition Gebt mir vier Jahre Zeit (Give Me Four Years). Taubert-Neumann

For many people, events such as the “Unite the Right” rally in Charlottesville, Virginia, with its torchlight parade, eagle-emblazoned shields and Nazi flags, bring with them uncomfortable reminders of fascist visual culture from the 1920s to 1945.

While individuals and organisations associated with the far right have long appropriated elements from fascist visual culture, the sheer brazenness with which symbols and images were appropriated in Charlottesville, the ensuing violence and the proliferation of photographs and videos depicting these events made the spectre of fascism seem disconcertingly close.

If we wish to understand how the far right engages audiences today, it is useful to reflect on how fascist visual culture functioned nearly a century ago – particularly in Germany, where the most virulently racist and antisemitic strand of fascism took hold.

Fascist visual culture is an expansive and heterogeneous field of study, and I make no pretence of speaking for the field in its entirety. But my recent research about National Socialist exhibitions has helped give me an understanding of the complex ways in which fascist visual culture motivated audiences.

Nazi exhibitions are largely known for their role in attacking modern art – a role exemplified by the notoriety and popular success of the Entartete Kunst or “Degenerate Art” exhibition, which reached several million visitors while touring Germany and Austria between 1937 and 1941.

But what is less well known is that many Nazi exhibitions – from exhibitions celebrating economic achievements to those promoting antisemitism – served as sites of formal experimentation for artists, architects and graphic designers to draw upon and reconfigure modernist ideas and practices. You can see this in the space deigned by the architect Egon Eiermann for the 1937 exhibition Gebt mir vier Jahre Zeit, which promoted Nazi Germany’s recently announced Four Year Plan.

As I explain in a recent book, a core motivation for the experimental approaches to Nazi exhibition design was an interest in provoking what I call “engaged spectatorship”. This term describes attempts to design exhibitions in ways that beckoned visitors to become involved in wider processes of social and political change. One such example is the way designers for the 1937–38 exhibition Der ewige Jude (The eternal Jew) used plunging walls, dark lighting and other devices to create a theatrical sense of angst among spectators while viewing images of Jews in order to broaden support for antisemitic policies. 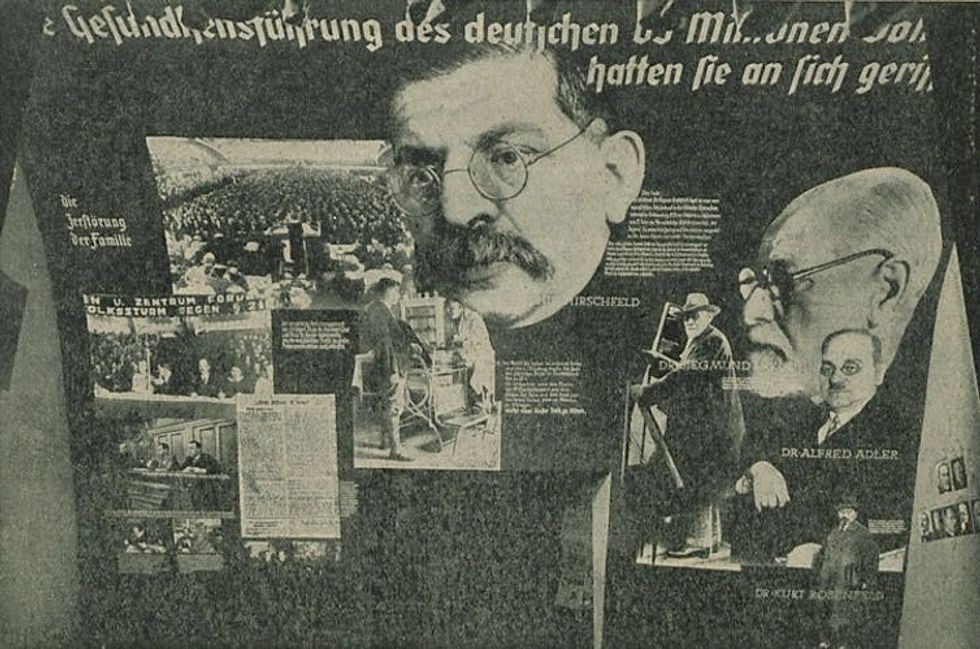 A hall from the 1937–38 antisemitic exhibition Der ewige Jude (The eternal Jew).

The concept of engaged spectatorship arguably has implications for how we think about the visual culture of the far right today, even if I do not discuss these implications in the book itself. For example, exhibitions may no longer be a dominant platform for disseminating political ideas, largely because other media have overtaken this function – particularly social media.

But when we think broadly about the visual culture of the far right today – from anti-immigrant posters and Nazi salutes among white supremacists to internet memes that make more cryptic references to fascism – all such examples engage spectators in roughly similar ways as Nazi exhibitions. On the one hand, they heighten the individual’s sense of belonging within a community. On the other hand, they attempt to stoke fear and anger against those excluded from this community based on race, religion, or other criteria.

But there’s a crucial difference. Whereas Nazi exhibitions brought spectators together in a physical space to create what the German philosopher Walter Benjamin called, in 1936, an experience of “simultaneous collective reception”, the far right today places much greater emphasis on virtual communities.

There were certainly attempts to create virtual communities under National Socialism and fascism more generally – above all through radio and film, which complemented audiences’ experiences in the physical spaces of exhibitions, rallies and other forms of spectacle. But the virtual communities of the far right today are defined largely by user-driven content. This includes user-created imagery posted with comments to imageboard sites, vlogs uploaded to YouTube, or materials produced by others that users share via various social media platforms.

This user-driven content extends the core interest in engaging audiences. However, it does so in more personalised and dynamic ways that more emphatically break down the distinction between the producers and audiences of content. User-driven content within virtual communities also engages audiences in ways that are more bottom-up than top-down. This gives the feeling of a grassroots movement, even though such bottom-up content is often shaped by governments, political parties or other organisations posting via fake social-media accounts or harvesting social media data to optimise the materials that users see and share.

At first glance, the formal experimentation used in Nazi exhibition design to foster engaged spectatorship might seem antithetical to the imagery generated by members of the far right today, which is sometimes slick but frequently has a clunky, DIY quality. Yet it is precisely this content that constitutes the most disturbingly experimental frontier of the far right’s efforts to engage audiences through visual culture. You can see this in the multiple layers of irony, the elaborate meme culture and the mash up of imagery from historical and contemporary sources that define posts on 4chan and other far right-friendly online hangouts. 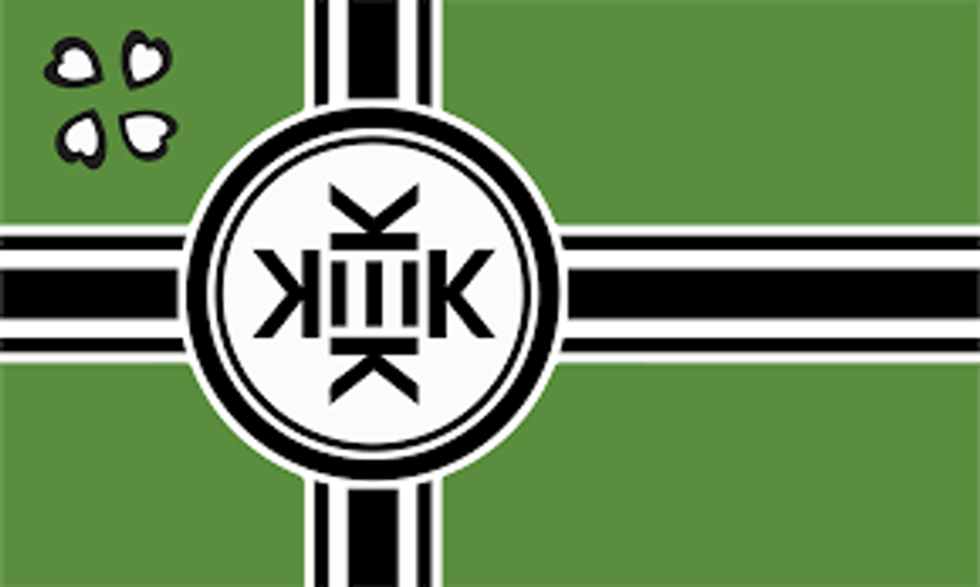 The flag of Kekistan, linked to far-right ideas.

As one striking example, take a look at the image above. Modelled on a 1935–38 Nazi war flag, this image was posted online as a flag for Kekistan, the fictional country invented by users of 4chan’s discussion board. The image has since found its way onto countless banners in political rallies, largely functioning as a way to acknowledge the carrier’s support for ideas associated with the far right – all under the guise of playful irreverence and political incorrectness. 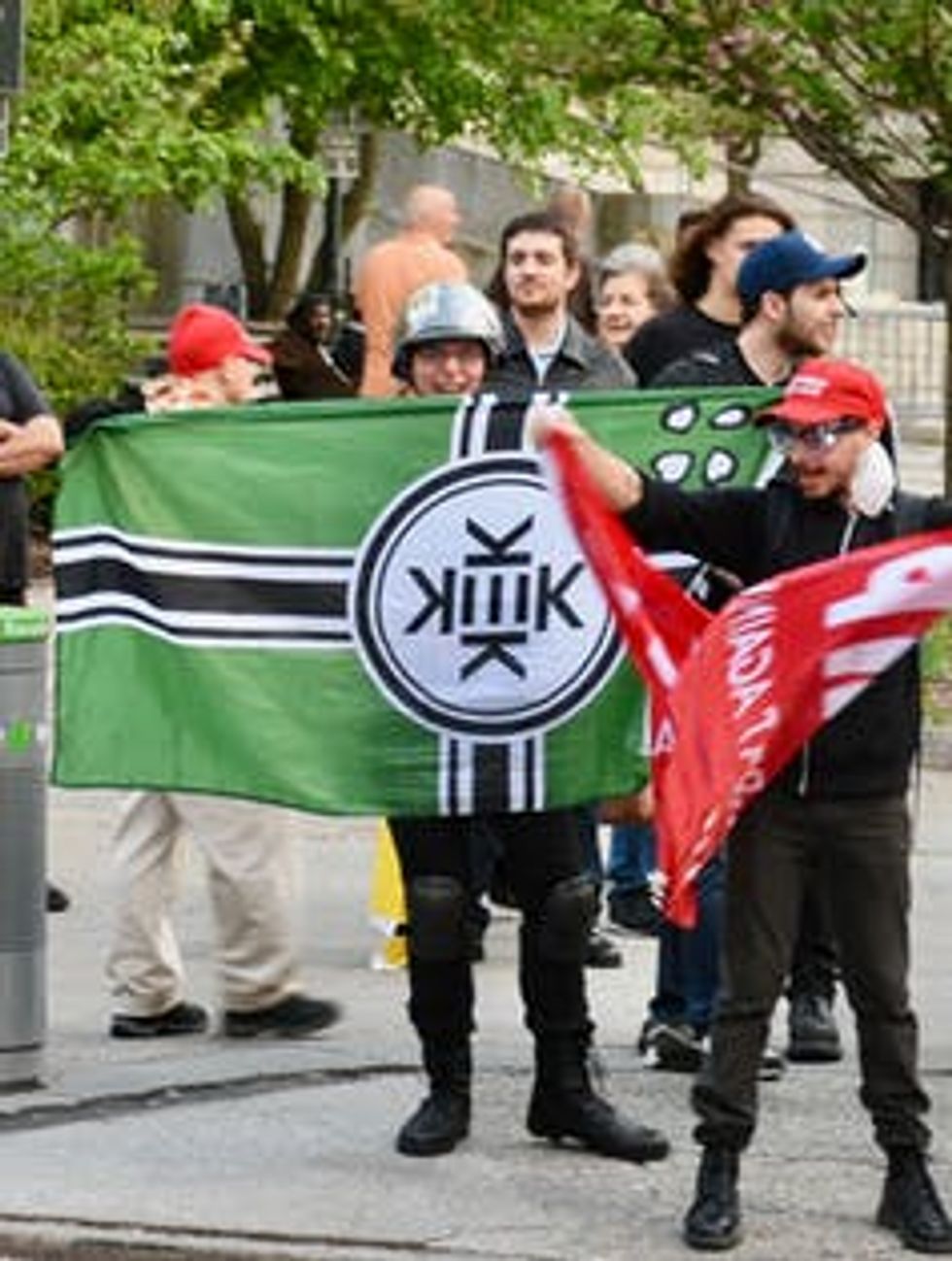 Trump supporter on May 1, 2017 in New York with a flag of Kekistan.

Seen from this perspective, although the concept of engaged spectatorship was conceived as a way of analysing Nazi exhibitions, it also provides a springboard for considering some overlaps and differences between the visual culture of the far right today and that of interwar fascism.

Such comparisons, in turn, may help us better understand how visual cultural today continues to encourage individuals to think or behave in ways that advance ideas rooted in nativism and violence. This is vital at a moment when – much like the interwar period – these ideas are rapidly shifting from the margins to the mainstream.

Michael Tymkiw, Lecturer in the School of Philosophy and Art History, University of Essex