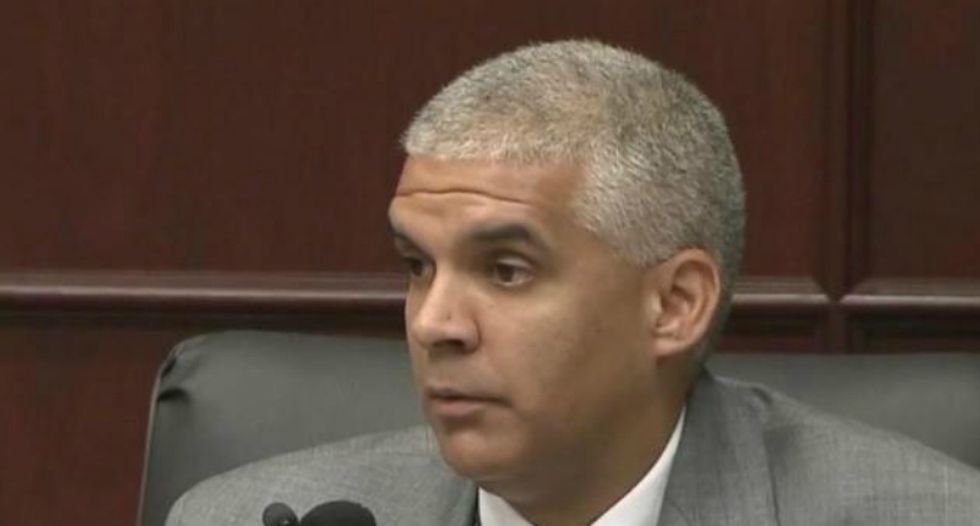 A police officer in Apex, North Carolina has been accused of coercing a domestic violence survivor into an affair while working on her case — a claim that led to his recent suspension and subsequent resignation.

Raleigh's WRAL reported that Apex Police Detective Worth Brown kissed Julia Allgrove against her will after she called police after her estranged and abusive husband repeatedly violated a restraining order she'd taken out to protect herself and their two small children. A relationship between the victim and the detective developed, but Allgrove now says Brown took advantage of her.

"I was very, very vulnerable," she said. "I was very broken and felt very alone."

She told WRAL that she began to feel uncomfortable with Brown after he said her husband's case would be dropped if the relationship was ever revealed.

"'This is against our ethics policy," Brown reportedly told Allgrove. "I'm not supposed to be doing this."

In a secret recording that Allgrove said is of her and Brown, a male voice is heard telling the victim that she could lose custody of her children if the relationship ever came to light.

Because of the turn in their relationship, the woman was compelled to speak to police out of fear other women may fall victim to Brown's "predator behavior." After her report, APD opened an investigation into the detective's behavior that ultimately led to his suspension. Brown resigned Monday, though as Allgrove told WRAL, her worries about him are far from over now that she's five weeks pregnant with a child she claims is his.

"It makes me sad," the woman said. "And it makes me feel betrayed."

You can watch Allgrove discuss her "uncomfortable" relationship with the ex-detective below, via WRAL: