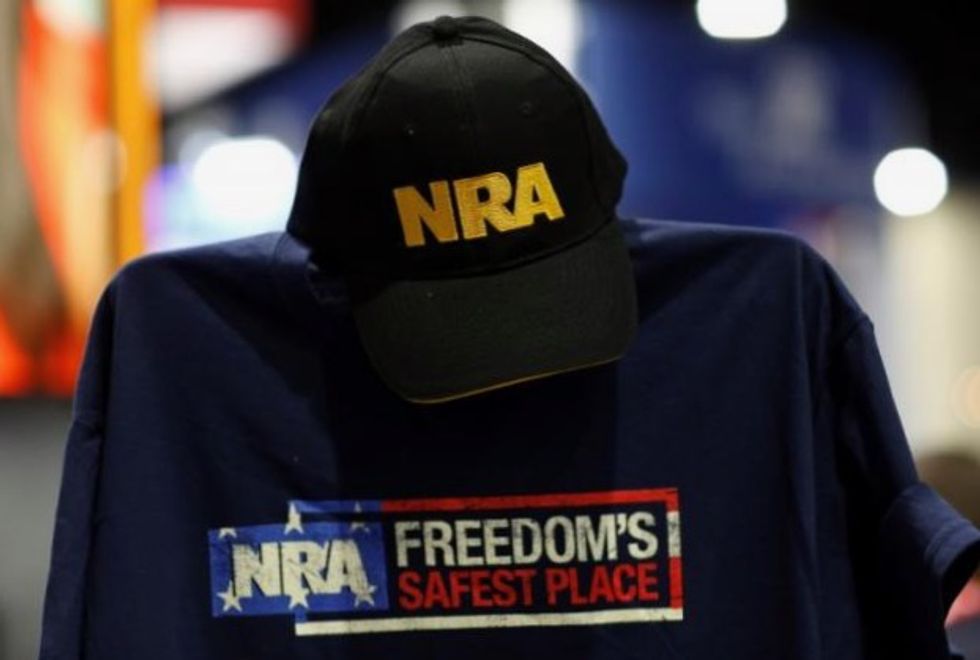 FILE PHOTO: A cap and shirt are displayed at the booth for the National Rifle Association (NRA) at the Conservative Political Action Conference (CPAC) at National Harbor, Maryland, U.S., February 23, 2018. REUTERS/Joshua Roberts

The National Rifle Association on Friday sued New York Governor Andrew Cuomo and the state’s financial regulator for engaging in what it said was a “blacklisting campaign” aimed at swaying banks and insurers to stop doing business with the gun advocacy group, according to a complaint.

Cuomo and the New York State Department of Financial Services (NYDFS) aimed to deprive the NRA of its right to “speak freely about gun-related issues and defend the Second Amendment,” the group said in the suit, referring to part of the U.S. Constitution that protects the right of Americans to bear arms.

An spokeswoman for Cuomo could not be immediately reached for comment. An NYDFS spokeswoman declined to comment.

The NRA’s lawsuit, filed in the U.S. District Court for the Northern District of New York, follows a $7 million fine on May 2 imposed by NYDFS against insurance broker Lockton Cos LLC, which administered an NRA-branded insurance program known as “Carry Guard.”

On May 7, NYDFS fined insurer Chubb Ltd and its Illinois Union Insurance Company unit $1.3 million for having “unlawfully provided liability insurance to gun owners for acts of intentional wrongdoing,” the regulator said.

The fines were part of settlements between the companies and the regulator, outcomes that are the “culmination of years of political activism by Cuomo against the NRA and gun rights organizations,” an NRA lawyer said in a statement.

National debate has heated up over the issue of gun control, and the NRA’s role in opposing it, since Feb. 14, when a former student killed 17 people at Marjory Stoneman Douglas High School in Parkland, Florida, using an AR-15 assault rifle he had purchased legally.

Cuomo, NYDFS and its chief, Maria Vullo, whom the NRA also named as a defendant, engaged in a “campaign of selective prosecution, backroom exhortations, and public threats” to coerce banks and insurance companies to withhold services from the NRA, the group said in the suit.

The suit also cites an April letter issued by NYDFS to heads of banks and insurance companies doing business in New York encouraging them to manage “reputational risk” posed by dealings with “gun promotion organizations.”

Vullo, in a press release issued by Cuomo the same day, urged “all insurance companies and banks doing business in New York to join the companies that have already discontinued their arrangements with the NRA.”

The NRA has suffered tens of millions of dollars in damages as a result, it said.