NYPD captain gave female cops better assignments if they had sex with him: report 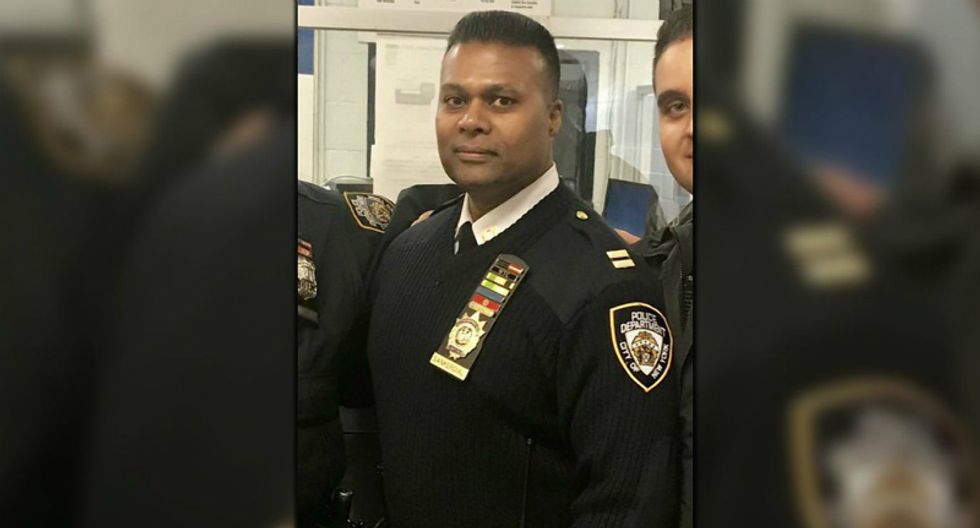 A New York Police Department captain has been accused of trading sex for better assignments with female officers.

The New York Daily News reported Thursday that three women have filed sexual harassment complaints against NYPD Capt. Yugisteer "Roger" Sankerdial of the 114th Precinct in Astoria, Queens. In the complaints, the female officers claim the captain "was overly complimentary about their looks and asked them out on dates, claiming he would make them his personal driver or give them similar sought-after assignments if they slept with him."

A 16-year veteran of the department who was promoted to captain last year, Sankerdial allegedly made female officers "very uncomfortable" with his advances.

"He would say if they went on a date with him he would take care of them," a source told the NYDN. "He would make the female officer feel very uncomfortable. When he would come out and ask, 'Who wants to drive me?' they would all run out of the building."

Sankerdial was once profiled in an A&E interview about responding to the 9/11 attacks in 2001 when he was still in the police academy. In 2005, the Guyanese-American officer filed a complaint with three other officers that claimed their sergeant used racist language and "derogatory terms when dealing with minority civilians." At the time, they said the department was "slow to respond" and that they received threats in retaliation.

Sankerdial denied the sexual harassment allegations, and according to NYPD Captains Endowment Association President Roy Richter, is "flabbergasted" by the "false" claims.