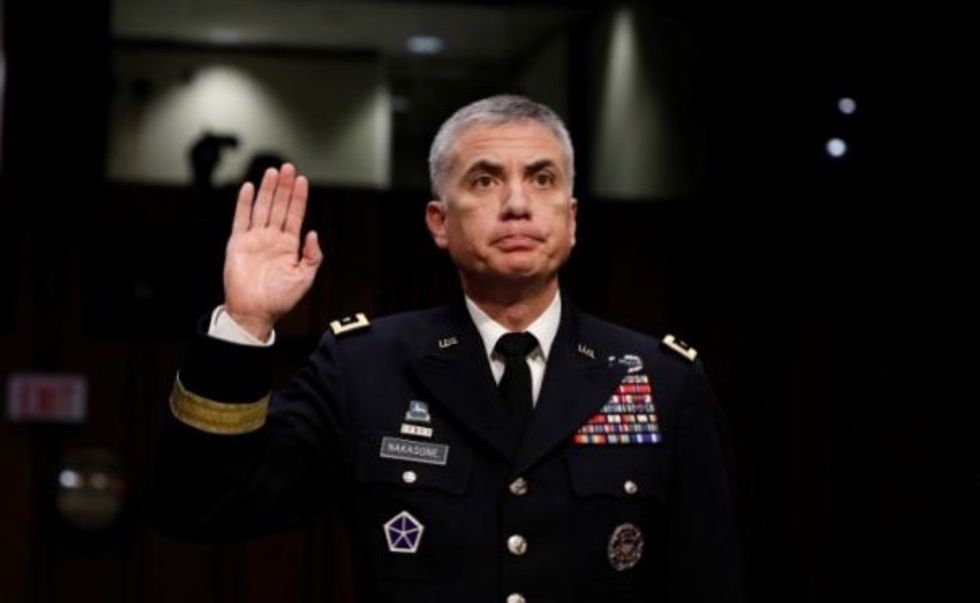 The Pentagon’s cyber warfare unit received an elevated status and a new commander on Friday, signaling the growing importance of digital combat as the United States grapples with sophisticated hacking by Russia, China and other actors.

Army Gen. Paul Nakasone took over leadership of U.S. Cyber Command at a ceremony at this base 30 miles north of Washington that featured both traditional military pomp and signs of the new age of warfare.

Cyber Command was elevated on Friday to an independent “unified command,” a bureaucratic change that for the first time puts it on a par with nine other U.S. warfighting commands.

The change is “an acknowledgement that this new warfighting domain has come of age,” Deputy Defense Secretary Patrick Shanahan said.

Nakasone succeeds Navy Adm. Michael Rogers, who came to the NSA in 2014, when it was still reeling from massive breaches of highly classified data made public by former contractor Edward Snowden.

At his confirmation hearing in March, Nakasone appeared to favor a more robust response to cyber attacks such as those by Russia, which U.S. intelligence agencies say meddled in the 2016 U.S. presidential election, a finding that Moscow has denied.

“Our adversaries have not seen our response in sufficient detail to change their behavior,” Nakasone told lawmakers. “They don’t think much will happen,” he said.

Cyber Command includes military units trained to both defend against cyber attacks and to initiate them.

But while Cyber Command has conducted operations against groups like Islamic State, U.S. presidents have been loathe to get in a cyber war with major nations like Russia or China. The reason, officials have said, is that the United States, with its reliance on computer and communications networks, is more vulnerable than its adversaries.

Shanahan spoke in a massive room that is the hub of a new $500 million Integrated Cyber Center on the heavily fortified Fort Meade campus. When it becomes operational in August, U.S. and allied personnel at the center will monitor and coordinate responses to cyber threats.