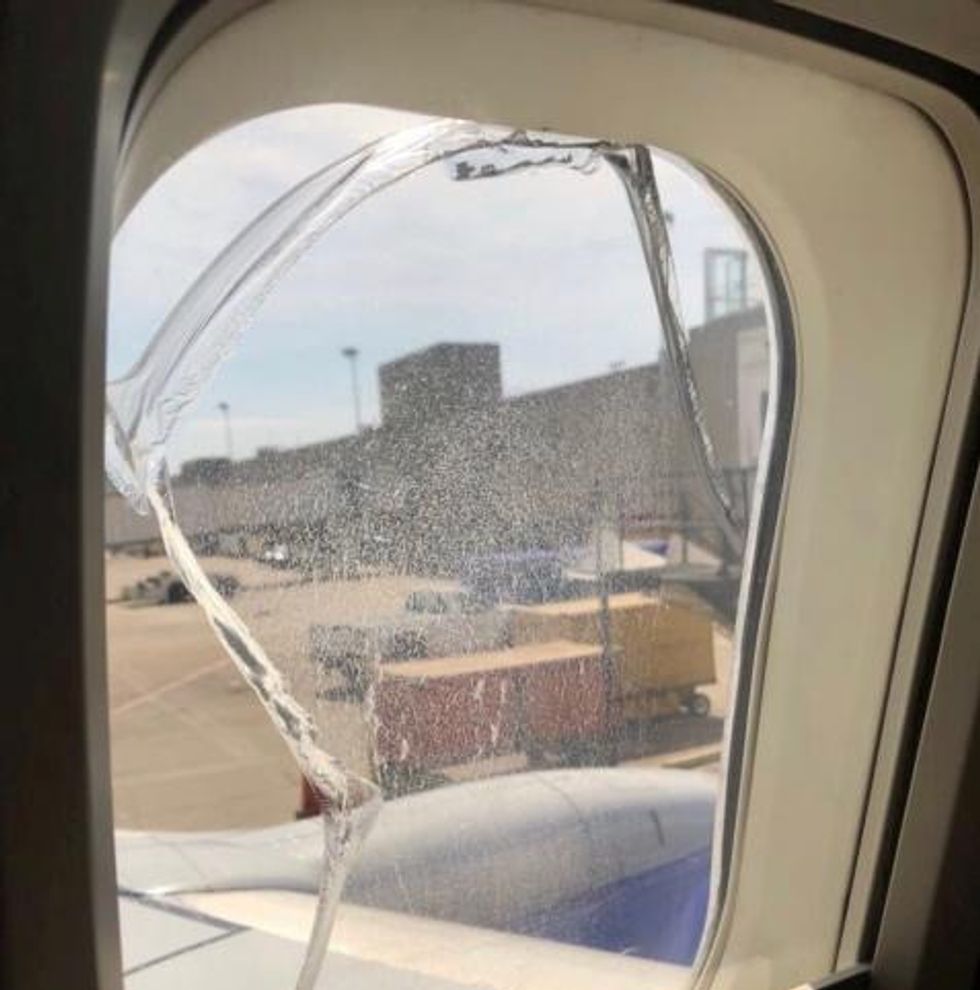 A broken window is seen on Southwest Flight 957, in Cleveland, Ohio, U.S., May 2, 2018 in this picture obtained from social media. REUTERS/Social Media

A New Jersey-bound Southwest Airlines Co flight made an emergency landing in Cleveland on Wednesday after a window pane cracked in flight, airline officials and the U.S. Federal Aviation Administration said.

No one was injured in the incident, which came two weeks after an engine on a Southwest 737 ripped apart in flight and shattered a window, killing a female passenger in the first U.S. airline passenger fatality since 2009.

The cause of Wednesday’s crack in one of the window’s multiple panes was not immediately known.

“The aircraft has been taken out of service for maintenance review,” Parrish said.

FAA spokesman Tony Molinaro, who said no one was hurt, said the organization was investigating the incident.

The FAA on Tuesday ordered additional inspections of fan blades in hundreds of additional engines similar to the one that failed in the deadly Southwest accident on April 17.

Southwest has said it planned to complete ultrasonic inspections on all fan blades on the some 700 planes in its fleet with the CFM56-7B engines, the model involved in last month’s blowout, over the next two weeks, meeting the FAA’s August deadline by mid-May. The CFM engine is made by a joint venture of General Electric Co and France’s Safran.

Southwest said it has not found any cracks on fan blades inspected since the accident.