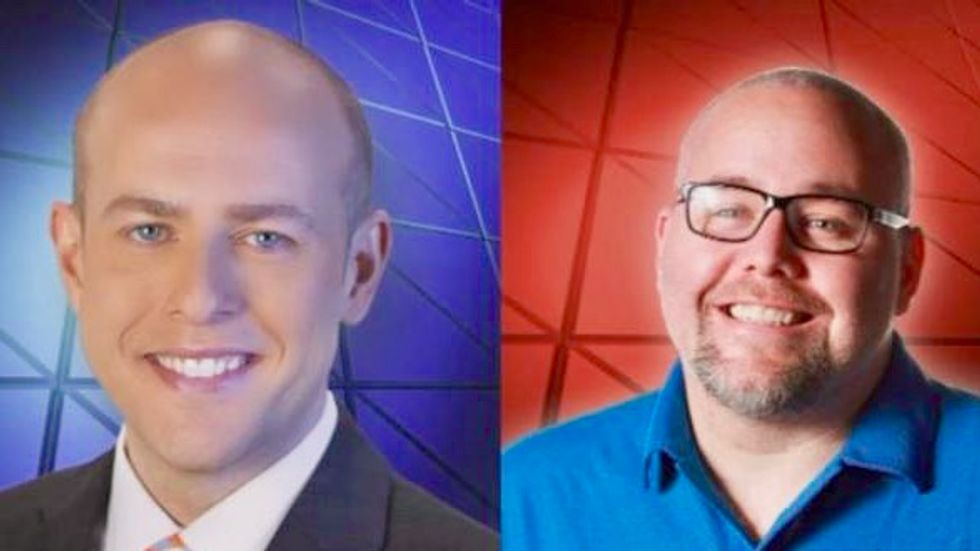 A television news anchor and a camera operator were killed on Monday when a tree in North Carolina fell on their vehicle as they were covering the effects of a rainstorm in Polk County, officials said.

WYFF News anchor Mike McCormick and photojournalist Aaron Smeltzer of the NBC affiliate in Greenville, South Carolina, died after the tree hit their sport utility vehicle on a highway, the station reported.

Tryon Fire Chief Geoffrey Tennant said he had just given an interview to McCormick when, minutes later, he received a call about the incident. He arrived to discover the victims were the two men he had just met.

“It personally affected me a little bit because I had done an interview with Mr. McCormick about 10 minutes before we got the call, and we had talked a little bit about how he wanted us to stay safe and how we wanted him to stay safe,” Tennant told reporters.

The ground was saturated from the rain, and a large tree about 3 feet (1 m) in diameter fell on the journalists’ SUV, apparently as it was driving along Highway 176, Tennant said. When first responders arrived, the engine was running and the transmission was in drive, Tennant said.

“It is a freak of nature,” Tennant said. “I think it was a matter of the tree root system had failed and the tree came down.”

McCormick had been with the station since 2007, first as a reporter and later as anchor of two Sunday broadcasts, WYFF said. Smeltzer joined the station in February of this year. Both were born in 1982.