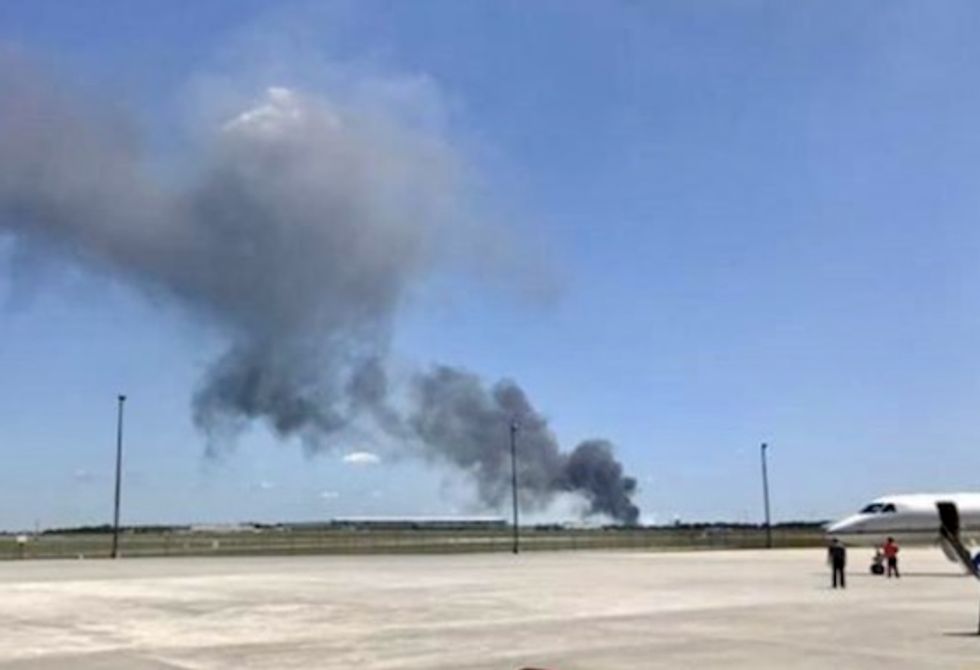 Smoke rises from an airplane crash near Savannah airport, Georgia, U.S., May 2, 2018 in this picture obtained from social media. INSTAGRAM/@PILOTGABE/via REUTERS

The Hercules C-130J aircraft went down about 11:30 a.m., shortly after takeoff from the Savannah/Hilton Head International Airport, about 175 miles southeast of Atlanta, officials said.

The four-engine plane sent up a cloud of black smoke, with a tail wing coming to rest on a median, television images showed. A witness, Michael Garrett, told WSAV-TV the plane was upside down before it crashed.

“That plane really flipped over on its back, slowly, like it was in slow motion,” Garrett said.

The U.S. Air Force confirmed to Reuters that there were fatalities but declined to provide a number. A spokesman for the Georgia Air National Guard, Captain Jeffrey Before, said in a statement that five people were on the plane when it crashed.

The crash was at least the fifth deadly accident involving a U.S. military aircraft since early April and the first of a U.S. military C-130 since July, when 16 service members were killed in a Mississippi crash.

Senior Master Sergeant Roger Parsons, an Air Force spokesman, said at a news conference that the cause of the crash on Wednesday was under investigation.

No cars were hit on the ground but power was cut to the area of the crash, said Genta Bilbo, a spokeswoman for the Effingham County Sheriff’s Department.

The C-130 is a transport workhorse for the U.S. military, and Parsons described the crashed aircraft as a cargo plane.