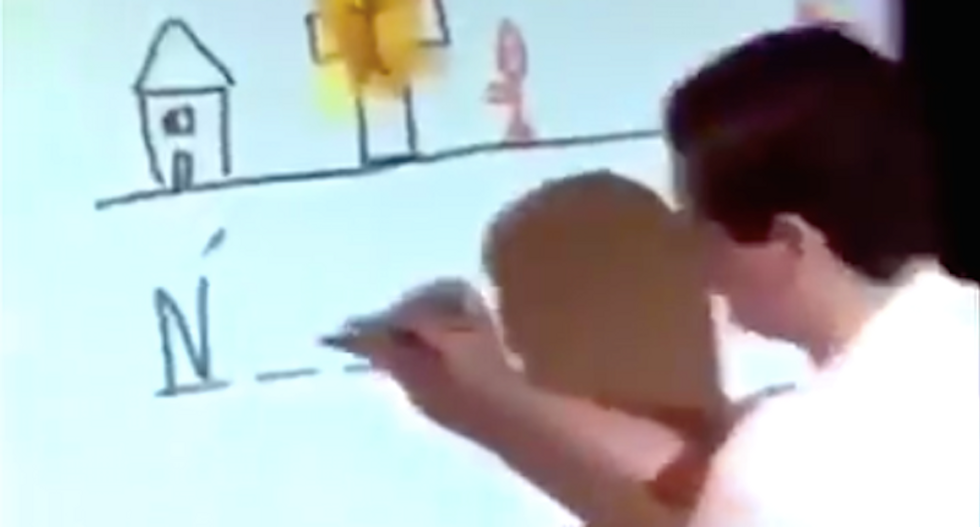 A Hollidaysburg Area School District in Pennsylvania is coming under fire after a racist video from a student spread across social media.

While playing the popular game hangman, one student took it too far. While students were calling out letters the word ended up spelling n*gga.

"How does the school even let something like that fly or happen?" one student wrote on Facebook. "Truly disgusted. Anyone who knows who’s in the video or had anything to do with it, report it to the school."

One student at the school shared the video on Facebook and claimed to identify the student in the video, but it’s not clear what discipline any of the students might face.

“The Hollidays­burg Area School District community is deeply disturbed by the offensive actions and related so­cial media posting, which ap­pears to have originated from one of our students,” Gildea said. “We have been in contact with local law enforcement and swift and appropriate action will be im­posed on those re­spon­sible. This behavior is an embarrassment to our students, staff and community, and we sincerely apologize for all who are offended by the abhorrent behavior of those involved."

yall thought i was playin? pic.twitter.com/QmrZp463wr