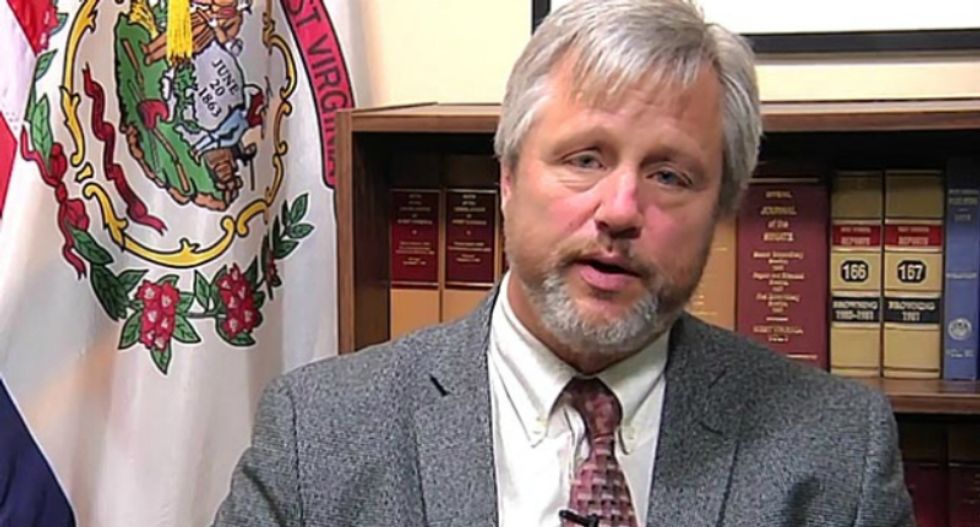 A Republican state senator in West Virginia has lost re-election after opposing the state's teacher strike and claiming the educators were holding children "hostage" in their protests for pay increases.

The Intercept reported Friday that state Sen. Robert Karnes was a longtime union opponent, and in March expressed pessimism about the political impact the largest teacher's strike in the country would have.

"I can’t say that it will have zero effect," Karnes told the Charleston Gazette-Mail during the strike, "but I don’t think it’ll have any significant effect because, more often than not, they probably weren’t voting on the Republican side of the aisle anyways."

Karnes was challenged in the state's GOP primary by state Delegate Bill Hamilton, a rare Republican that sympathized with the teacher's strike and opposes "right-to-work" laws. Unions responded financially, raising more than $10,000 for the state Senate race and making up a substantial portion of his total $53,850 raised for his campaign.

Shortly before Hamilton officially beat Karnes 5,787 to 3,749, the report noted, the incumbent took to Twitter with conspiratorial comments, joking that it's a "good thing" his region is "short on socialists" and later that there "could be lot of hanging chads" as the votes were tallied, a reference to the 2000 recount in the presidential race between George W. Bush and Al Gore.

"Most of Bill's supporters have never seen a Republican ballot," Karnes tweeted just before losing the race.

Could be a lot of hanging chads tonight. Most of Bill's supporters have never seen a Republican ballot.
— Robert Karnes (@Robert Karnes) 1525820782.0

Under West Virginia law, voters must either be unaffiliated or belong to a specific party to vote in their primary. West Virginia teacher Edwina Howard-Jack, one of the teachers who went on strike that lives in Karnes' district, told The Intercept that many teachers changed their registration to unaffiliated to vote the anti-union incumbent out.

"Teachers showed up and they were voting in their 55 united, 55 strong shirts," she said, referencing one of the strikers' slogans. "Once the results started rolling in, it was phenomenal. Teachers were really empowered to say, if we stick together we can make a difference.”

“I heard one teacher today say," Howard-Jack joked, "after yesterday they may want to think twice about arming teachers."