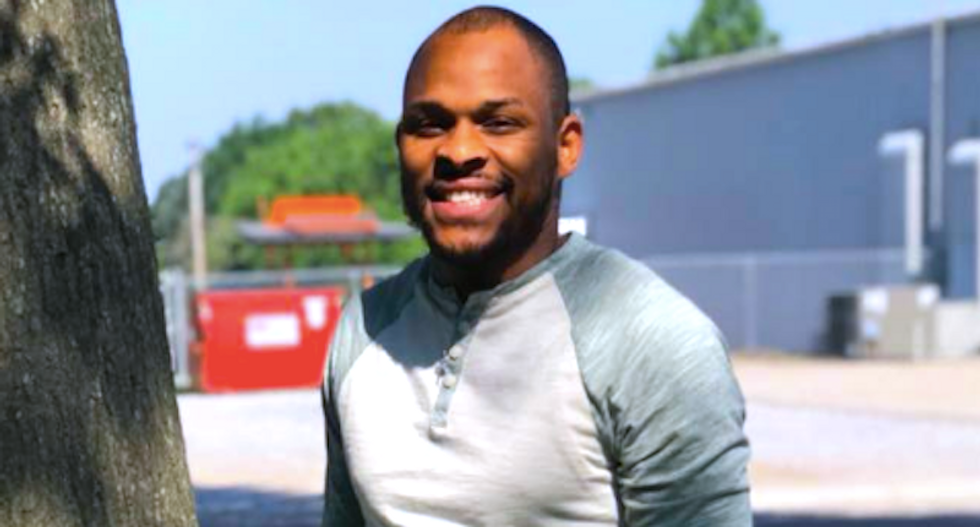 A black county employee in Tennessee found a slave "owners manual" filed away while working in the Obion County Highway Department, after suffering years of racist abuse from colleagues.

DeAndre Adams found the "slave owners manual" in a filing cabinet and a few other employers had access to, and his brother Josh Jones posted photos on Facebook of the document that had been downloaded from the internet, reported the Commercial Appeal.

The document, which is labeled as "racist jokes," is a short compendium of the most vile racist stereotypes of African-Americans as subhumans who are barely able to speak or control their animal urges.

The printout suggests cutting out a slave's tongue to keep him from "barking" complaints, and suggests black people enjoy thrashings, lynchings and being dragged behind vehicles.

"N*ggers are cheap and there are millions more where yours came from," the document reads. "So every now and then, push the boat out a bit and lynch a n*gger."

Jones said his brother brought the document to his head supervisor, who Adams said told him not to say anything about it.

"Until a month ago, De has been the only black person of color to be employed by Obion County Highway Department in the last 7 years," Jones said in his Facebook post.

Adams had complained to his brother over the years about the racist abuse he endured, and Jones said he had enough.

"Over the course of those 7 years, I have received numerous phone calls of him telling me about the racist 'jokes' and comments being made about him," Jone said. "Some he overheard while standing nearby. Others he experienced face-to-face. There was even one circumstance where some of the employees had the audacity to make a noose and tell De it was for him."

Adams found an attorney, who confirmed the account described by Jones was "completely accurate."

"He has endured this kind of treatment for quite some time," said attorney Kathy Laughter Laizure. "The 'owners manual' was pretty much the icing on the cake. It's obviously a difficult time for him and his family."

The attorney said it's the most offensive situation she has seen in her 15 years of practicing employment law.

"Not once have I seen anything this blatant and horrific," she said. "One of the foremen at one point made a noose and waved it at him and said, 'Isn't this part of your history?' or something to that effect."

Laizure said has not gotten a response from the county's attorneys since taking on the case last week.

An attorney for the county did not respond to the newspaper's requests for comment.