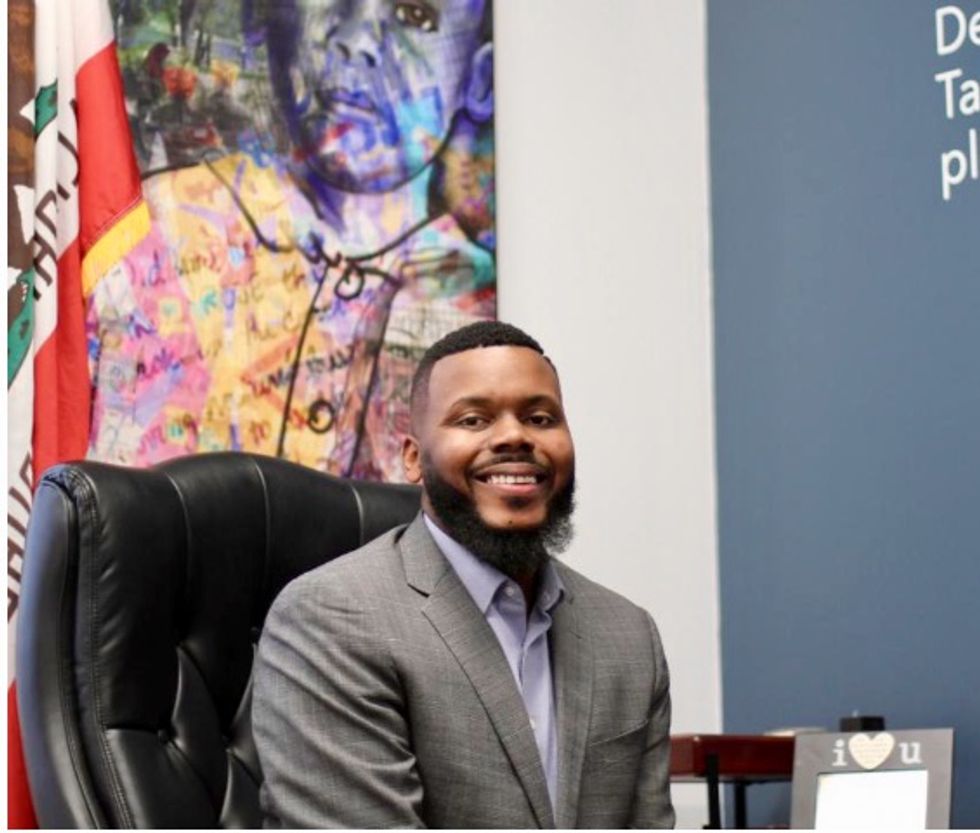 Michael Tubbs, the 27-year-old mayor of Stockton, California, has a radical plan to combat poverty in his cash-strapped city: a “no strings” guaranteed basic income of $500 a month for its residents.

Starting in early 2019, Tubbs plans to provide the monthly stipend to a select group of residents as part of a privately funded 18-month experiment to assess how people use the money.

“And then, maybe, in two or three years, we can have a much more informed discussion about the social safety net, the income floor people deserve and the best way to do it because we’ll have more data and research,” Tubbs told Reuters.

The city has not yet decided how many people will receive income from the trial project, which is funded by The Economic Security Project, a philanthropic network co-chaired by Facebook co-founder Chris Hughes.

The idea of governments providing a universal basic income to their citizens has been gaining traction globally. The Finnish government is running a two-year trial to provide 2,000 unemployed people with monthly payments of approximately $660.

In Alaska, each resident has long received an annual dividend check from oil revenues from the Alaska Permanent Fund, which Tubbs said is a model for his approach. Last year, the payout in Alaska was $1,100.

The Economic Security Project is providing $1 million to fund the Stockton trial after approaching Tubbs to ask if his city would be interested in piloting a basic income program.

“I jumped at the opportunity,” said Tubbs, who was familiar with the concept from the writings of civil rights leader Martin Luther King Jr.

Hughes, 34, has proposed the U.S. government give a guaranteed income of $500 a month to every working American earning less than $50,000 a year, at a total cost of $290 billion a year. He says a 50-percent tax rate on income and capital gains for Americans earning more than $250,000 would pay for it.

The issue of economic empowerment is a personal one for Tubbs. Growing up in Stockton, where one in four residents live in poverty, his family relied on government assistance to meet their basic needs.

“My mom was on welfare for the first five, six years of my life,” he said. “You’d get food stamps, but that’s not cash, and maybe food’s not the biggest need ... So this gives people more agency to kind of make the best decision.”

The scheme is not without its detractors. The Organization for Economic Cooperation and Development argues that providing an unconditional basic income to everyone of working age would do little to combat poverty if not funded by extra taxes. Critics also say it would encourage people not to look for work.

Finland’s government has opted not to extend that country’s two-year trial when it ends next December. Some lawmakers and economists had argued the scheme was too expensive and narrow to yield credible conclusions.

For 31-year-old Shay Holliman, though, an extra $500 a month would just allow her to make ends meet. She was recently released from prison after an 11-year sentence and works a 9-5 job at a local nonprofit then drives for Uber and Lyft in the evenings and on weekends.

The criteria for participation in the experiment has not yet been decided, Tubbs said. But already, he has been receiving letters and emails from residents asking to be considered.

Tubbs says he “felt almost a moral responsibility” to do something “a little bit out the box” for his city of 300,000 east of San Francisco.

“And I know, for me, I want to live in a community where people’s basic needs are met,” he said.

Community organizer Trina Turner, a pastor who deals with economically disadvantaged people, hopes the experiment will change the way people see Stockton, which declared bankruptcy in 2012 and has high rates of crime and homelessness.

“I think it will begin to shift the narrative about Stockton,” she said. “Instead of being the miserable city, we’ll be the city that people are waiting to come to for all of the right reasons.”