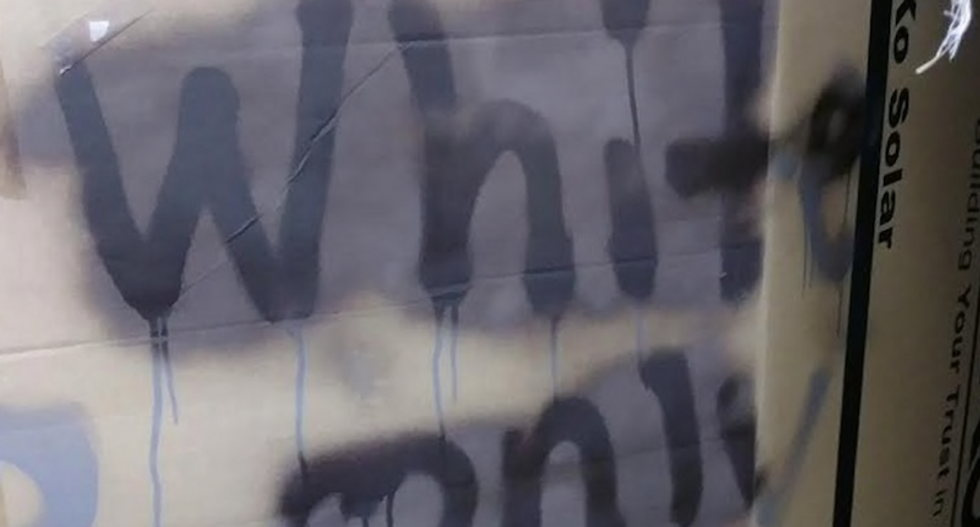 Teshawn Solomon was shocked when a supervisor referred to him using a racial slur. On another occasion, a supervisor dangled a banana in front of him and reportedly said, “Monkeys like bananas."

Over the course of several weeks, white co-workers built forts around their desks and spray-painted "whites only" on the protective structures.

“I was terrified,” he told the Post. “The only other African American employee was usually at other warehouses, so I was alone, at night, looking over my shoulder, wondering what else could happen to me.”

“All I wanted was respect and the dignity of providing for my family."

He left his job in March after the company's management appeared indifferent to the abuse. "Management did nothing after I complained,” he said.

“They didn’t hold anyone accountable. People continued joking about the fort for weeks because they knew management didn’t care about racism.”

The company apologized in a statement.

“We typically have a policy of not commenting on specific personnel matters or pending litigation,” Vivint said to the Post. “However, in this case, we wish to extend a sincere apology to Mr. Solomon for the deeply concerning and understandably upsetting situation he endured.”