Democrats fight for their future in tough statehouse races 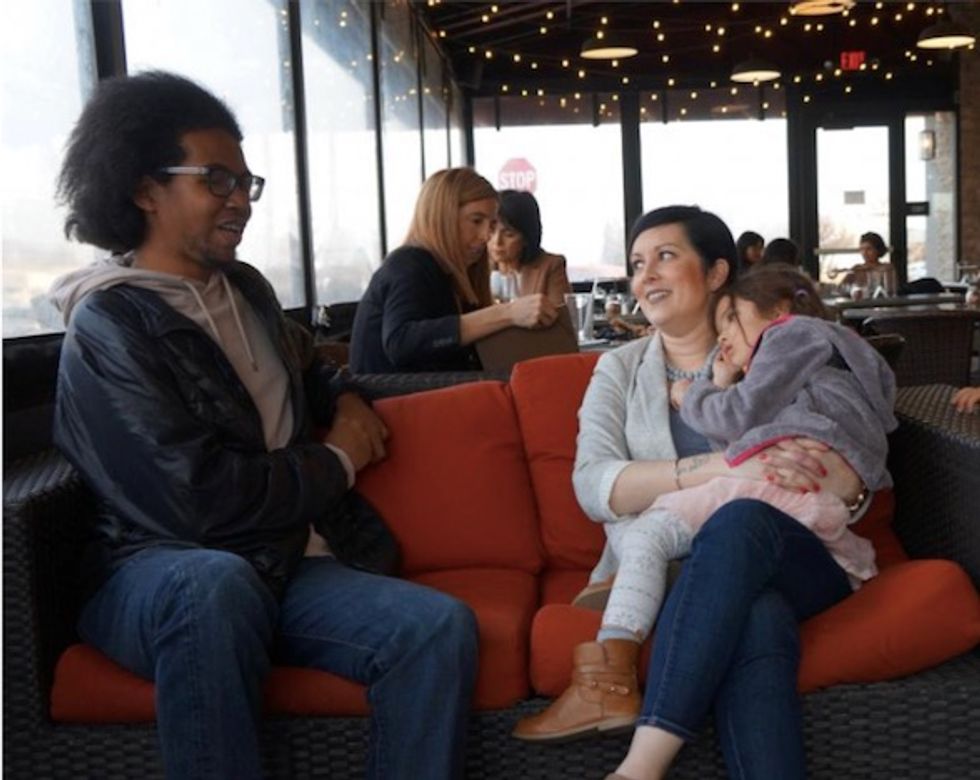 Democrat Nicole Bedi a candidate for the Michigan House of Representatives, who seeking the party's nomination in a competitive district that Democrats need to wrest back from Republicans in an effort to flip a critical statehouse, is joined by her daughters at a campaign event in West Bloomfield, Michigan, U.S., March 28, 2018. REUTERS/Letitia Stein

Democrats are making an all-out push to retake control of state legislatures across the United States this fall. But in the states most crucial to the party’s future, they face grim odds, a Reuters analysis of election data has found.

In many states, Democrats’ only hope lies in flipping numerous districts that two years ago voted for Republicans in both the presidential and state legislative elections.

The problem is especially daunting for Democrats in battleground states where congressional district lines favoring Republicans were drawn after the 2010 census, Reuters’ analysis found. Those lines will be redrawn after the next census in 2020, and in most states the party in power will control how districts are reshaped.

“When a single party has control of the process, the maps are less fair,” said Michael Li, senior counsel at the non-partisan Brennan Center for Justice and author of a report examining how the party in power draws electoral maps to its partisan advantage, a contentious practice called gerrymandering. Large swing states, he notes, “are the ones where it is easiest to engineer an outsized advantage.”

This year, Democrats have announced a campaign to “flip everything,” citing the importance of retaking state legislatures in advance of redistricting. Democratic Party groups and aligned political committees expect to spend tens of millions of dollars trying to win back legislative seats and governorships.

The effort, the party says, has importance beyond redistricting. States enact voting laws that can discourage turnout, and they have played a key role in promoting or resisting policies set by Republican President Donald Trump on issues such as abortion, gay rights and health care.

“When we win back state legislatures, we can resist Trump’s agenda and enact America’s agenda,” says Democratic U.S. Senator Cory Booker of New Jersey, a rising star in his party, in a video promoting its efforts.

Republican-engineered boundaries in some of those states are responsible for much of the party’s numerical advantage in the U.S. House of Representatives, according to the Brennan Center. Many of the states also are pivotal in determining the outcome of presidential elections.

Reuters analyzed 2016 election results from more than 1,500 legislative districts in the states to identify districts where voters backed Democrat Hillary Clinton over Trump in the presidential contest but also have Republican state representatives.

Both parties see such districts as having the potential to be flipped based on recent elections in Virginia and elsewhere, and are focusing considerable attention on them.

In most of the states, however, even if every one of the Clinton-supporting districts elected a Democratic state lawmaker in November, the legislature would still have a Republican majority.

Of the states reviewed, only Minnesota has enough Clinton-won Republican districts to flip a legislative chamber if they all went for Democrats in November. Pennsylvania would fall one short.

“The planets would have to align perfectly” for Democrats to retake control of the Pennsylvania House of Representatives, said Nathan Davidson, executive director of the chamber’s Democratic campaign committee.

Elsewhere, the outlook is even more challenging.

In Ohio, for example, on top of flipping the seven Republican districts Clinton won in 2016, Democrats would need to convert at least 10 additional House seats in districts that went for Trump in the last election.

Despite their public optimism, Democrats acknowledge the tough road ahead.

“The path to a majority has to run through seats that Secretary Clinton did not win, that is the reality,” said Jessica Post, executive director of the Democratic Legislative Campaign Committee, the party’s national statehouse coordinator.

Factors beyond presidential performance may give Democrats more hope, she noted, such as past election patterns and voter enthusiasm.

Even if Democrats cannot flip key legislatures this year, Post said the party aims to make significant gains for a better shot at clinching majorities in 2020 before redistricting.

Democratic leaders also say a wave is possible given the party’s recent special election wins in Trump territory and unexpectedly big gains last fall in Virginia, which unlike most places holds its statehouse elections in odd-numbered years. In that election, Democrats nearly erased a 2-to-1 Republican legislative majority.

But Virginia also demonstrated the party’s hurdles. Of the 15 seats flipped in the state, only one was in a district that went for Trump.

Democrats “are irrationally exuberant in their hopes this cycle,” said Matt Walter, president of the Republican State Leadership Committee.

Some Democrats hope the influence of state legislatures on redistricting could be diluted by anti-gerrymandering ballot initiatives.

The U.S. Supreme Court is also weighing two cases challenging partisan manipulation of district boundaries in Wisconsin and Maryland. A ruling, expected soon, could impose limits on gerrymandering or let it continue unchecked.

Forward Majority believes the party could see a wave this fall, but only if it competes hard, even in districts that seem like long shots.

“It’s worth it to fight everywhere,” says the group’s campaigns director Ethan Roeder.

The group’s analysis, shared exclusively with Reuters, pegs Florida, Michigan and Pennsylvania as prime targets for Democratic flips. In a significant wave, Forward Majority says, Democrats might even win back a legislative chamber in both North Carolina and Texas.

The group advocates a more ambitious strategy of targeting dozens of districts where Clinton was competitive in 2016 but fell short, or where Democrats previously did well. It plans to take an active role in races where Democrats lack other resources to compete.

In the Florida House, for example, Democrats would need to win more than a dozen seats currently held by Republicans in districts that went for Clinton in 2016 - plus pick up five more.

Donald Trump's insurrection failed. While historians will likely debate for decades how close he really came to succeeding, one thing is for certain: His failure has put his most prominent defenders in a tough spot. Instead of lining up to sing the praises of President-for-Life Donald Trump, which is where they want to be, his sycophants are stuck trying to make excuses for, minimize, or deflect attention from Trump's failure.

First, they tried to minimize Trump's responsibility for the insurrection. That tactic fell apart after an impeachment trial where the prosecutors made such an airtight case for Trump's guilt that even people who voted to acquit him pretended it was on a legal technicality, rather than try to argue for his innocence. Now, some folks on the right are trying a new tactic, one you might call the "go big or go home" strategy. Trump's loudest defenders are now outright denying that the nation saw what we all clearly saw on January 6.